Breaking the Media Blackout on the Imprisonment of Julian Assange

The same media that has spent years dragging Assange’s name through the mud is now engaging in a blackout on his treatment. If you are waiting for corporate media pundits to defend freedom of the press, you’re going to be disappointed. 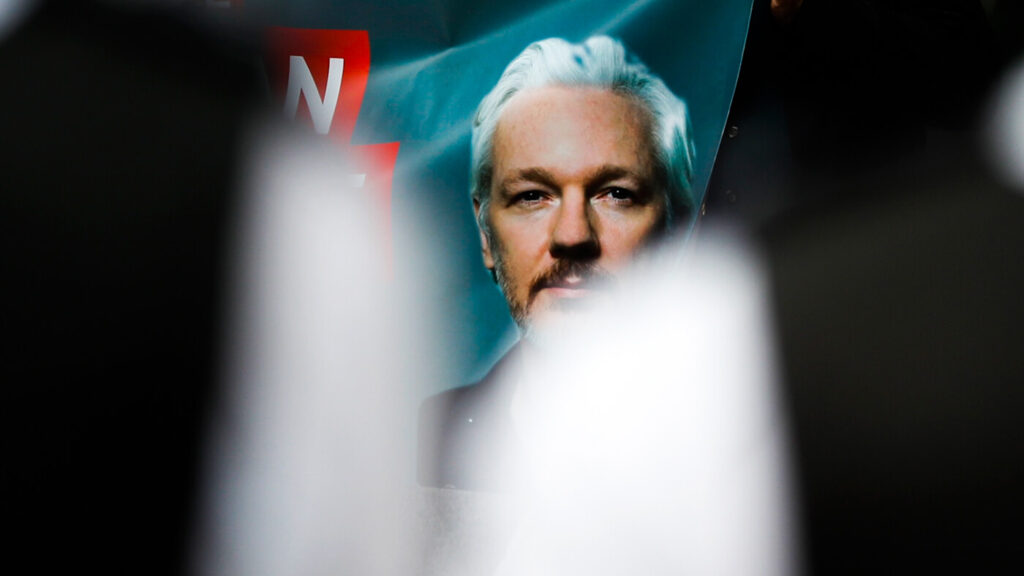 26 Aug 2019 – The role of journalism in a democracy is publishing information that holds the powerful to account — the kind of information that empowers the public to become more engaged citizens in their communities so that we can vote in representatives that work in the interest of “we the people.”

There is perhaps no better example of watchdog journalism that holds the powerful to account and exposes their corruption than that of WikiLeaks, which exposed to the world evidence of widespread war crimes the U.S. military was committing in Iraq, including the killing of two Reuters journalists; showed that the U.S. government and large corporations were using private intelligence agencies to spy on activists and protesters; and revealed how the military hid tortured Guantanamo Bay prisoners from Red Cross inspectors.

It’s this kind of real journalism that our First Amendment was meant to protect but engaging in it has instead made WikiLeaks publisher Julian Assange the target of a massive smear campaign for the last several years — including false claims that Assange is working with Vladimir Putin and the Russians and hackers, as well as open calls by corporate media pundits for him to be assassinated.

The allegations that Assange conspired with Putin to undermine the 2016 election and American democracy as a whole fell completely flat earlier this month when a U.S. District Court for the Southern District of New York dismissed this case as “factually implausible,” with the judge noting that at no point does the prosecution’s “threadbare” argument show “any facts” at all, and concluding that the idea that Assange conspired with Russia against the Democratic Party or America is “entirely divorced from the facts.”

Perhaps the brazen character-assassination was priming the public to become apathetic towards Assange in preparation for his brutal fate, which would land him in the hands of U.S. and British authorities after spending years isolated inside the Ecuadorian Embassy in London.

Today, Assange sits behind bars in a London prison under shocking conditions even a murderer wouldn’t expect. Renowned filmmaker and journalist John Pilger visited him there and fears for Assange’s life, noting he is held in isolation, heavily medicated and denied the basic tools needed to fight his charge of extradition to the United States.

Do not forget Julian #Assange. Or you will lose him.
I saw him in Belmarsh prison and his health has deteriorated. Treated worse than a murderer, he is isolated, medicated and denied the tools to fight the bogus charges of a US extradition. I now fear for him. Do not forget him.

The United Nations has consistently condemned the actions of the U.S., U.K. and Swedish governments, and called for Assange’s immediate release. Their special rapporteur on torture and ill-treatment visited him in May, declaring:

[Assange has been] deliberately exposed, for a period of several years, to progressively [more] severe forms of cruel, inhuman or degrading treatment or punishment, the cumulative effects of which can only be described as psychological torture…The collective persecution of Julian Assange must end here and now!”

But you may not have known any of this because it seems clear the very media that spent years dragging Assange’s name through the mud are deliberately engaging in a media blackout on his treatment. So if you were waiting for the corporate media or their lapdog pundits to defend freedom of the press and freedom of speech, you’d be disappointed.

It is important to ask ourselves what Julian Assange’s real crime is. In an era, dubbed the Information Age, where the strategy of the powerful appears to be to know as much as possible about the rest of us while ensuring that we know as little as possible about them and how they operate, Assange worked to prevent that imbalance from becoming a rout, and stuck like a bone in the throat of the mighty.

A double chorus of voices across the mainstream media spectrum cheered the destruction of the First Amendment. The New York Times applauded Trump, claiming he’d “done well” to charge Assange with an “indisputable crime.” CNN demanded that Assange finally “face justice,” while others claimed the day in court of the “narcissistic” “internet troll” who attacked America with his “vile spite” was “long overdue.”

All around the world, Assange’s treatment seems to have given the green light to governments to intimidate and hassle journalists. Australian police, for instance, recently conducted a raid on journalist Annika Smethurst’s home. Smethurst had not long before that revealed that the government had been secretly requesting permission to spy on its own citizens. Meanwhile, independent media everywhere are being marginalized by the crackdown on internet freedom.

In a clear sign to the world, Assange held up Gore Vidal’s book The History of the National Security State to the cameras while being dragged from the Ecuadorian Embassy. The book warns of an increasingly powerful and unaccountable authoritarian government taking over the country. Part of that is silencing dissent and limiting or destroying the freedoms centuries of struggle have won us.

If Assange is successfully prosecuted it will send a message to the world that the era of freedom to speak and publish is well and truly over. He will not be the last to be persecuted. The more a power oppresses and takes away rights, the more it needs to oppress and take away rights, until the last vestiges of opposition are destroyed or driven far underground. We cannot expect corporate media to stand up to the corporate state. We have to do it ourselves, or any citizen of the world can be next. Will you heed this warning?

Mnar Muhawesh is founder, CEO and editor in chief of MintPress News, and is also a regular speaker on responsible journalism, sexism, neoconservativism within the media and journalism start-ups.