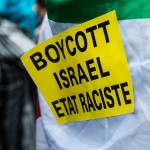 3 Dec 2019 – The French parliament passed today a resolution to combat anti-Semitism that adopts a definition of the term which also includes anti-Zionism. Despite protest by prominent Jewish and Israeli scholars, parliament passes resolution which states that some criticism of Israel could be anti-Semitic.