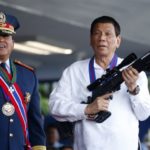 2 Sep 2018 – The Philippine president, Rodrigo Duterte, who once compared himself to Hitler and his bloody war on drugs to the Holocaust, will meet the Israeli prime minister, Benjamin Netanyahu, on Monday [3 Sep] on a first visit by a Filipino head of state to Israel. 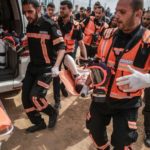 31 Mar 2018 – Gaza hospitals, running low on blood and overstretched by the huge number of wounded, were reeling after one of the enclave’s bloodiest days outside of open war, in which Israeli soldiers shot 773 people with live ammunition, according to the ministry of health.

17 Oct 2017 – The United Nations food aid agency withdrew a critical report revealing desperate hunger among the persecuted Rohingya population after the Myanmar government demanded it be taken down, the Guardian has learned. Document warned of spiralling food crisis among Rohingya population.