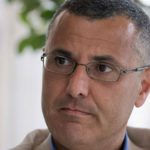 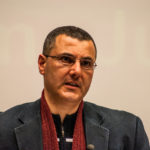 Why Americans Should Support BDS
Omar Barghouti – The Nation, 5 Aug 2019

29 Jul 2019 – Inspired by the civil rights and anti-apartheid movements, it calls for Palestinian liberation on terms of full equality with Israelis and categorically opposes all forms of racism, including antisemitism.

18 Apr 2016 – Some, including journalists, have written to me inquiring about or voicing their concern at the recent Israeli government minister’s threat of “civil targeted killing” against BDS “leaders” and activists. Moshe Dayan once said that “Israel must be like a mad dog, too dangerous to bother.” The current Israeli regime is scrupulously heeding Dayan’s advice. But “mad dogs” can be stopped. Indeed, mad dogs must be stopped, as there is no telling whom they may bite next.

These days, Israel seems as terrified by the “exponential” growth of the Palestinian-led Boycott, Divestment and Sanctions (or B.D.S.) movement as it is by Iran’s rising clout in the region.

The movement calling for the boycott, divestiture and sanction of Israel is gaining momentum globally.

Palestinian author and activist Omar Barghouti spoke at a forum at Brooklyn College February 7, 2013 as planned despite an enormous campaign against the event by pro-Israel advocacy groups. In fact, as an article in Israel’s Ha’aretz newspaper noted dejectedly, the “heavy-handed campaign” against the meeting elevated the gathering into an event that grabbed headlines. “The result of all of this surfeit and excess was a clear-cut, perhaps unprecedented PR coup for BDS and a humiliating defeat for Israel’s interests,” wrote Chemi Shalev.

Controversy continues to swirl around a planned forum scheduled to take place on Thursday, February 7 [2013], at Brooklyn College to discuss the growing global boycott, divestment and sanctions (BDS) movement against Israel. 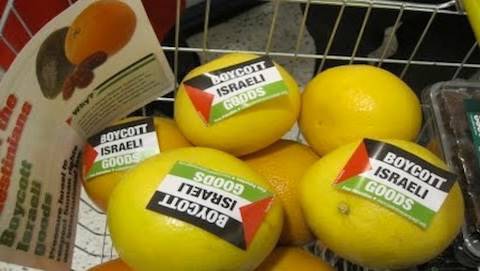 Omar Barghouti explains the aims of the Boycott, Divestment, and Sanctions movement.

THE UN MUST ADOPT THE GOLDSTONE REPORT
Omar Barghouti, 6 Oct 2009

In the first smashing and convincing victory of the global BDS (Boycott, Divestment, Sanctions) movement against Israel in the field of corporate responsibility and ethical compliance, Veolia is reportedly abandoning the Jerusalem Light Rail project, an illegal project that aims at connecting Israeli colonies built on occupied Palestinian territory to the city of Jerusalem. As […]