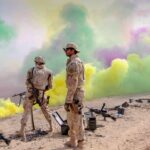 3 Jul 2021 – Military leaders in NATO, USA and Britain now accept that they have lost their war with the Taliban. As the Taliban rapidly expand in the shadow of their retreat, has anyone considered the impact on innocent civilians? 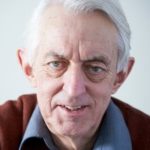 18 Apr 2019 – They armed Gadaffi and the forces that ousted him alike – now they’re repeating that profitable trick. It is a hidden war that is very good indeed for business.

The Washington-hosted summit on nuclear security heard Barack Obama warn of the fearful prospect of a non-state group using a nuclear weapon. How realistic is it, and how to prevent it?

The United States air force’s sophisticated new “bunker-buster” weapon could become a critical factor in any escalation of tension over Iran’s nuclear programme. The United States department of defence has confirmed that it is rushing into production the world’s largest ever bomb, one designed specifically to destroy underground targets. The Massive Ordnance Penetrator (MOP) weighs […]

A WORLD IN NEED: THE CASE FOR SUSTAINABLE SECURITY
Paul Rogers, 15 Sep 2009

A combination of global crises makes the search for fresh, effective and transforming approaches to security essential.A hurricane of crises across the world – financial meltdown, economic recession, social inequality, military power, food insecurity, climate change – presents governments, citizens and thinkers with a defining challenge: to rethink what "security" means in order to steer […]

A new generation committed to non-violent direct action is evolving the capacity and will to make its political masters respond to the global climate crisis. The British government has in 2008-09 reacted with notable vigour to a series of non-violent public actions and peaceful demonstrations over climate change. The character of the policing of these […]

A new report on the sources of violent death in Iraq is relevant to an assessment of the changing nature of the air-war over Pakistan. The phrase "war on terror" might have been quietly dropped from the United States’s military lexicon – to be replaced (according to a memo to Pentagon staff) by "overseas contingency […]

In light of Barack Obama’s victory in the United States presidential election, the al-Qaida movement once more solicits advice from the renowned management consultancy.   A ninth report from the South Waziristan Institute of Strategic Hermeneutics to the al-Qaida Strategic Planning Cell (SPC) on the progress of the campaign. Thank you for inviting us to […]