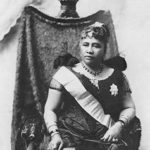 April 2020 – In 1959, the territory and the people of the formerly independent nation/state of Hawaii was declared a State of the U.S. union and Hawaii was removed by the UN General Assembly as one of those places subject to further reporting by the United States in the progress toward Hawaii’s self-governance under Article 73 of the U.N. Charter.  This document calls upon the UN General Assembly to review its actions taken in 1959.

August 16, 2019, marks the 60th Anniversary of U.S. Statehood for Hawai’i. It will go little noticed. This article offers new information on illegalities and fraudulence regarding the statehood vote, and why it should not have been accepted by the United Nations. 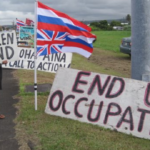 A careful review of the case will reveal that the General Assembly adopted Resolution 1469 under false premises, on the basis of false and incomplete information provided by the United States of America, relying on representations that were tainted by grave material and procedural irregularities surrounding the fraudulent referendum on Hawaii’s entry into the United States as a State, which amounted to an act of annexation. Because the referendum was fundamentally flawed, the resolution based thereon must be deemed null and void.

The HNTA shall be an unincorporated-freely associated entity with the aim of assisting in the transition of Hawaii from its current state or condition under the rule of the USA (including its subsidiary creation of the State of Hawaii, its various county governments, its agencies and administrative/executive bodies) to its liberation as an independent nation-state.

We begin our visit with this part of O’ahu as a “hologram” introduction to the Hawaiian nation. Travellers who last visited these jewels in the expanse of the Pacific while they were still US colonies will notice the small and large changes that have since occurred. Enjoy your visit to the newly independent Hawai’i.

Edited Text of Mr. Obama’s Speech to the UN Turning Him from an American Cheerleader into a World Peace Statesman
Poka Laenui - TRANSCEND Media Service, 29 Sep 2014

President Obama: “Mr. President, Mr. Secretary General, fellow delegates, ladies and gentlemen: We come together at a crossroads between war and peace; between disorder and integration; between fear and hope.”

From the Culture of Aloha, a Path Out of Gun Violence
Poka Laenui – YES! Magazine, 11 Feb 2013

U.S. society tends to deal with violence by treating it as an individual occurrence—focusing on the “perpetrator” and how he is different from us. The more people killed or maimed, the more horrendous the event, the more we separate the actor and event from ourselves—the good people—and individualize responsibility to the “gun-toter.” It is a domination, individualism, and exclusion—or DIE—deep culture that is the essence of modern U.S. society.

ON THE AMERICAN INVASION, COLONIZATION AND EVENTUAL ANNEXATION OF THE ANCIENT KINGDOM OF HAWAI’I
Poka Laenui, 28 Aug 2009

Aloha, Bob. You wrote:     "I support self-governance for the indigenous Hawaiian people.  This position is the result of my respect for the Hawaiian culture, my disrespect for how the lands of Hawaii have been raped since I came here in 1965, and because it’s the right thing to do.  . . .  I believe […]

1959 “Statehood” was a time of excitement in Hawai`i over the notion of this territory and the people within it becoming “Equal American Citizens” with all others.  Bon fires lit the night along with firecrackers, blaring music, and all forms of celebration.  20 years and a new generation later, the conversation began to change, asking, […]