Marcos Dynasty Back in Power: What’s Next for the Philippines?
Richard Javad Heydarian | Al Jazeera - TRANSCEND Media Service, 16 May 2022

12 May 2022 – The Marcos dynasty is returning to power in the Philippines. Almost exactly 50 years after Ferdinand Marcos declared martial law and a dictatorship, his namesake son secured more than 30 million votes, nearly double that of his nearest rival, current Vice President Leni Robredo. Will he replicate his father’s dictatorial ambitions? 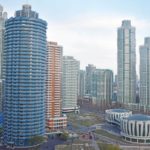 I visited North Korea with an official delegation and here’s what I saw and learned.

How Syria Brought the U.S. and Iran Together
Richard Javad Heydarian – Foreign Policy in Focus, 7 Oct 2013

This year’s UN General Assembly may well be remembered as the beginning of the end for Washington’s decades-long standoff with Tehran. And none of it would have been possible if the Obama administration had gone ahead with its plan to attack Syria.

The U.S. pivot to Asia is motivated and shaped by both economic and military-strategic factors. Essentially, it is still an ongoing process that will depend on the cooperation of regional allies as well as the evolving patterns of Sino-American relations. The growing U.S. military presence may have boosted the morale of allies such as the Philippines, but it is also shifting the focus away from diplomacy and dialogue towards brinkmanship and competitive alliance-building.

There is hardly an “international community” to speak of as far as Syria is concerned. There are basically three camps: The first camp is composed of anti-Assad hawks, mainly NATO countries and Sunni powers like Saudi Arabia. The second camp is composed of Eastern powers and Syrian allies such as Russia, China, and Iran. The last camp, or the “third way,” is composed of developing countries, from India to Brazil, that are deeply disturbed by the ongoing violence in Syria.