I visited North Korea with an official delegation and here’s what I saw and learned. 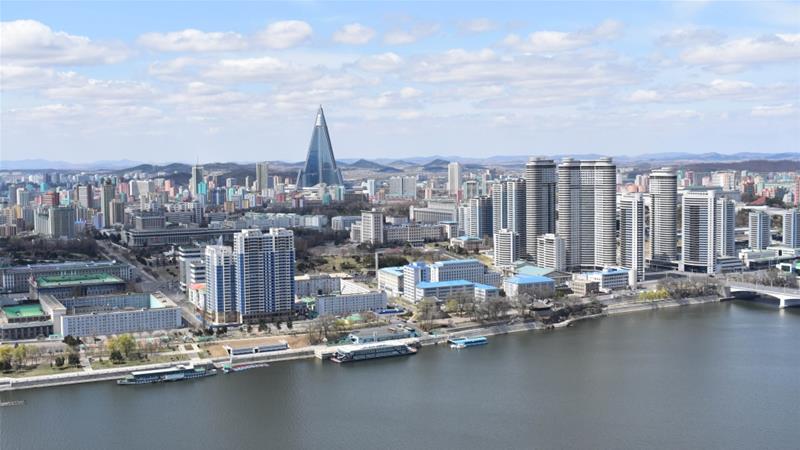 18 Apr 2018 – Earlier this month, I had the chance to visit North Korea as part of a delegation of scholars led by veteran Indonesian diplomat Dino Djalal. I spent four days in the country talking to high-level officials and professors and visiting the Demilitarised Zone (DMZ) at the country’s southern border and various institutions, including Km Il-sung University. Touring North Korea, albeit under careful supervision and only for a few days, was quite revealing.

While in the West, pundits and officials have speculated about how much new sanctions have affected the country, in Pyongyang, it was clear to me that they are yet to threaten the foundations of the regime or pressure the North Korean leadership to alter their national security doctrine.

But it was also apparent that North Korean leader Kim Jong-un has embarked on an ambitious project to modernise the country and in order to achieve that, he would need access to global capital and markets, which the long list of UN and US sanctions is currently blocking.

It is this vision of a reinvigorated nation – not only militarily, but also economically – that has prompted him to return to the negotiating table.

Signs of economic reform and modernisation

Despite dramatic descriptions in Western media of widespread starvation and poverty in North Korea, the country did not seem to be on the brink of a humanitarian crisis, at least not yet. The regime has survived international isolation and the toughest-ever sanctions, largely thanks to China’s continued support as well as the country’s almost obsessive commitment to the principal political doctrine of Juche (self-reliance).

Instead of witnessing a humanitarian catastrophe, we saw a much more complex picture, where often extreme hardship, especially for those in rural areas and outside Pyongyang, went hand-in-hand with resilience, as well as pockets of comfort among the elite.

With the intent to please their guests, our North Korean hosts took us to various restaurants in Pyongyang as well as one in the southern part of the country. I can assume they offered the best on the menu, but it was apparent to me that for privileged visitors and elite members of the society, these are far from inaccessible. 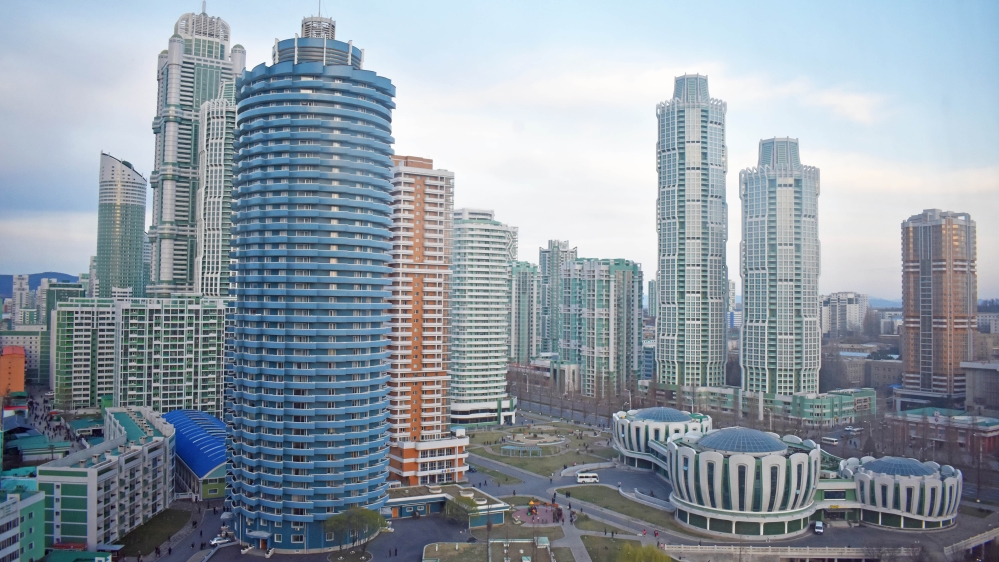 I was also struck by Pyongyang’s urban landscape, probably the cleanest, most-organised, as well as emptiest, capital city I have ever seen. There were few cars and taxis, hardly any traffic congestion in the city, yet wide boulevards and an impeccably beautiful underground Soviet-style metro. No loitering or even an iota of rubbish could be seen in the streets, while rivers were strikingly clean.

It’s as surreal as it can get, especially when one watches the whole capital – designed and choreographed to the minutest details – from atop the Juche Tower, the highest structure in the country.

What is more, despite the official policies of strict centralised economic control, there is reportedly a profusion of semi-private enterprises (although public on paper), such as restaurants across the country. There are reportedly early versions of household farming in certain parts of the country – a practice similar to the household responsibility system of the early years of socioeconomic changes in China under Deng Xiaoping, who has been credited with introducing market economy reforms and transforming the Chinese economy. 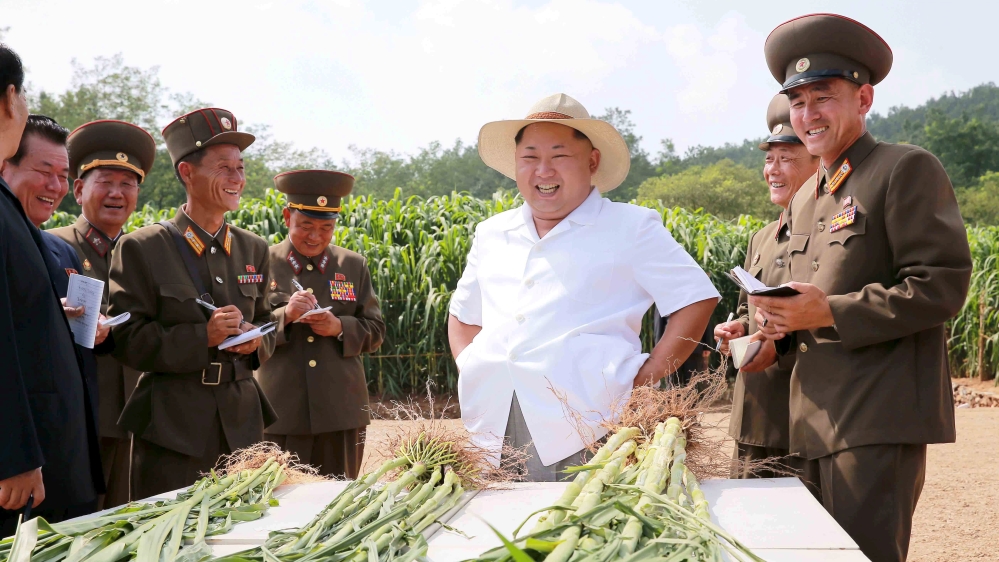 While North Koreans deny this officially, we know from different authoritative sources, within and outside, that certain farmers are allowed to keep their surpluses in communal farms, instead of handing everything over to the state. In this way, the state hopes to create more productivity incentive, with a parallel market for private exchange reportedly emerging along the way.

This, in my opinion, indicates that Kim Jong-un is considering employing a new version of the Juche doctrine, whereby self-reliance does not preclude engagement, especially economic and technological, with the rest of the world. It is precisely within this context that the North Korean leadership is opening communication channels and even inviting international scholars like me.

Sanctions against the country’s exports of coal and other raw materials have been particularly hurtful. Difficulty in accessing international financial markets has made trade with many nations, including traditional partners in Southeast Asia, almost impossible. This has led to dwindling currency reserves and stockpile of imported goods, which can’t be completely replaced locally.

Most Asian countries have entirely cut off their trade and investment ties with Pyongyang. The country also needs access to fuel, food, capital goods and advanced civilian technology, if it wants to become an economically vibrant nation, especially compared with the highly developed southern kin. Getting sanctions on these basic humanitarian and technological goods dropped are, therefore, a priority for the North Korean regime.

Negotiating from position of strength

Throughout my stay in North Korea, I managed to meet and exchange views with senior government officials, including Kim Yong-dae, vice president of the Presidium of Supreme People’s Assembly, and Vice Minister for Foreign Affairs Ri Gil-song, in addition to various officials from other organs of the state.

Gladly, I also had a chance to give a speech at the Kim Il-sung University, an impeccable campus reserved for the country’s intellectual elite, where our delegation met highly urbane and articulate professors, who shared their views on North Korea’s foreign and economic policies.

What repeatedly came up in our exchanges was their fervent belief that the revived peace negotiations are a product of the “bold and courageous” decision of their supreme leader. For them, they are not only the captains of their own national destiny, but also the ultimate arbiter of the future of the Korean Peninsula.

Senior North Korean officials were also adamant that they are negotiating from a position of strength as a “full-fledged strategic state” – as they called it. This could be interpreted as their way of saying they are now proudly part of the exclusive nuclear club, having mastered both the production as well as delivery of nuclear weapons through rapid development of advanced ballistic missile capabilities. 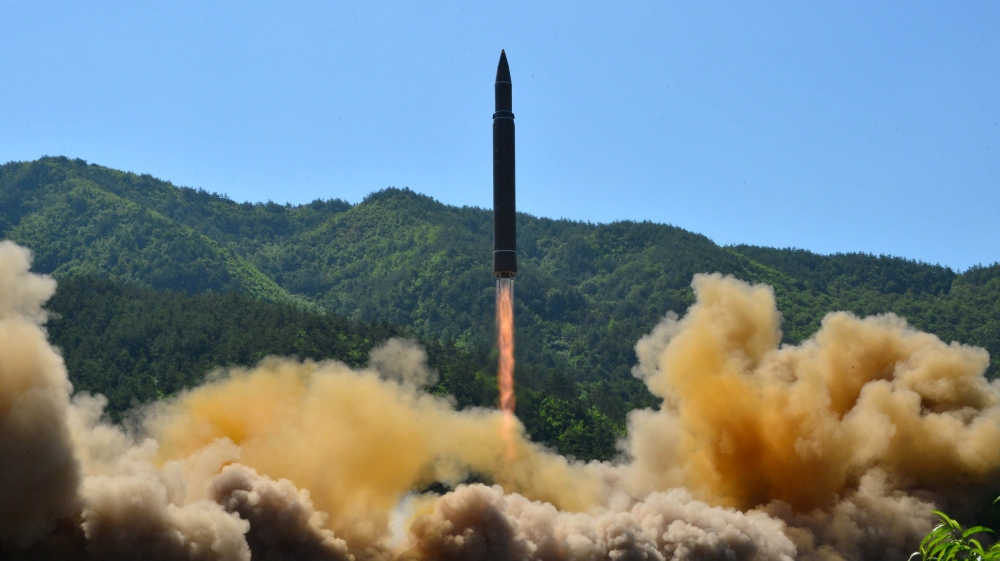 The US and UN imposed additional sanctions on North Korea after an intercontinental ballistic missile test in 2017.
[Reuters]

There are still doubts as to the regime’s ability to target faraway countries such as the United States due to lack of so-called “re-entry technology” which allows a missile to re-enter the atmosphere after its steep launch. But, North Koreans believe that they, despite their limited size and relative poverty, can now engage with great powers as peers, not a subordinate nation.

This partly explains why Kim Jong-un has shown keen interest in holding direct talks in rapid succession not only with his counterparts in China (Xi Jinping) and South Korea (Moon Jae-in), but also US President Donald Trump and possibly even Japanese Prime Minister Shinzo Abe in the coming months.

That said, it’s difficult, if not impossible, to envision Pyongyang giving up its nuclear weapons anytime soon, since this is their ultimate deterrence against external threats as well as the main bargaining chip vis-a-vis more powerful neighbouring states.

In the meantime, however, concerned parties can negotiate a step-by-step approach, whereby North Korea ceases provocative nuclear and ballistic missile tests in exchange for freezing of additional sanctions. They can also consider humanitarian cooperation, including the long-suspended reunion ceremonies between families separated across the 38th parallel, as well as resumption of joint-economic ventures in the border city of Kaesong.

As part of a packaged solution, North Korea could, for instance, open up its nuclear facilitates for inspection, freeze nuclear enrichment, and even put a pause on its ballistic missile development in exchange for removal of sanctions. The ultimate goal is a final peace agreement, which will supplant the fragile armistice that placed a tenuous brake on the resumption of hostilities since the end of Korean War in 1953.

The author was part of a Southeast Asian delegation, led by veteran Indonesian diplomat Dino Patti Djalal, which visited the Democratic People’s Republic of Korea from April 3 to7, 2018.

Richard Javad Heydarian is a specialist in Asian geopolitical/economic affairs.