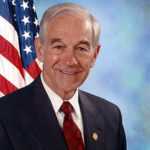 16 Dec 2019 – “We were devoid of a fundamental understanding of Afghanistan. We didn’t know what we were doing.” So said Gen. Douglas Lute, who oversaw the US war on Afghanistan under Presidents Bush and Obama. Eighteen years into the longest war in US history, we are finally finding out, thanks to thousands of pages of classified interviews on the war published by the Washington Post last week, that General Lute’s cluelessness was shared by virtually everyone involved in the war. 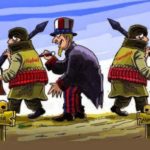 3 Sep 2018 – The U.S. Is Defending al-Qaeda in Idlib – Assad was supposed to be gone already. President Obama thought it would be just another “regime change” operation and perhaps Assad would end up like Saddam Hussein or Yanukovych. Or maybe even Gaddafi. The US spent billions to get rid of him and even provided weapons and training to the kinds of radicals that attacked the United States on 9/11.

On Tuesday [11 Oct], US Representative Ted Lieu (D-CA) wrote a remarkable letter to Secretary of State John Kerry. Citing the “civilian carnage caused by the Saudi Arabia-led military coalition in Yemen,” he expressed concern to Kerry that the US government might be “liable for war crimes in Yemen,” based on continued US material support for the ongoing Saudi attack on its southern neighbor.

What Does The US Government Want in Ukraine?
Ron Paul – TRANSCEND Media Service, 19 May 2014

We are broke. We cannot even afford to fix our own economy. Yet we want to run Ukraine? Does it really matter who Ukrainians elect to represent them?

Why is al-Qaeda as much a threat as it was ten years ago? Perhaps it is that we continue to fight the wrong war in the wrong manner. After ten years of no progress, is it not time to try something new, non-intervention and a strong defense rather than drone strikes and pre-emptive attacks?

Peter Bouckaert, “emergencies director” of Human Rights Watch, who is not on the ground in Syria, brushes off Mother Agnes Mariam’s work, stating flatly that “there’s just no basis for the claims, she is not a professional video forensic analyst.” Of course she never claimed to be. What she claimed is to have working eyes, which noticed that several of the purported victims of the attack were seen at different locations at the same time. It does not take a “professional video forensic analyst” to recognize that is impossible.

There is danger in the belief we can remake the world by bribing some countries and bombing others. But that is precisely what the interventionists – be they liberal or conservative – seem to believe.

Many people have the misconception that sanctions are an effective means to encourage a change of behavior in another country without war. However, sanctions and blockades are not only acts of war according to international law, they are most often the first step toward a real war, starting with a bombing campaign.

On the Elimination of Osama bin Laden
Ron Paul – LewRockwell, 16 May 2011

The elimination of Osama bin Laden should now prompt us to declare victory and bring our troops home from Afghanistan and Iraq. Al Qaeda was never in Iraq and we were supposedly in Afghanistan to get Osama bin Laden. With bin Laden gone, there is no reason for our presence in the region – unless indeed it was all about oil, nation-building, and remaking the Middle East and Central Asia.

We overthrew the Taliban government in 2001 with less than 10,000 American troops. Why does it now seem that the more troops we send, the worse things get? If the Soviets bankrupted themselves in Afghanistan with troop levels of 100,000 and were eventually forced to leave in humiliating defeat, why are we determined to follow […]

Torturing the Rule of Law While Congress is sidetracked by who said what to whom and when, our nation finds itself at a crossroads on the issue of torture.  We are at a point where we must decide if torture is something that is now going to be considered justifiable and reasonable under certain circumstances, […]

We are inciting the very terrorism and extremism we are trying to stop. While much of the country’s attention is on other issues, a serious situation is developing in Pakistan that threatens to plunge us into another fruitless and bloody war. It is very frustrating to see that many who were so vehemently against the […]

Imagine for a moment that somewhere in the middle of Texas there was a large foreign military base, say Chinese or Russian. Imagine that thousands of armed foreign troops were constantly patrolling American streets in military vehicles. Imagine they were here under the auspices of "keeping us safe" or "promoting democracy" or "protecting their strategic […]