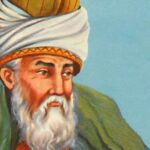 The Erasure of Islam from the Poetry of Rumi
Rozina Ali | The New Yorker - TRANSCEND Media Service, 20 Jul 2020

Rumi was born in the early thirteenth century, in what is now Afghanistan and later settled in Konya, in present-day Turkey, with his family. His father was a preacher and religious scholar, and he introduced Rumi to Sufism. Rumi’s works reflected a broader push and pull between religious spirituality and institutionalized faith—though with a wit that was unmatched. “Historically speaking, no text has shaped the imagination of Muslims—other than the Koran—as the poetry of Rumi.”