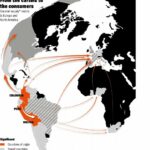 28 Nov 2019 – Drug syndicates are flooding Europe with very pure cocaine. Consumers need only send an encrypted text and a dealer will show up at their doorstep. And the authorities are all but powerless to stop them.

During the first six months of this year, right-wing extremists in Germany committed attacks against places housing asylum-seekers on an almost daily basis. Many refugees living in the country fear for their lives. 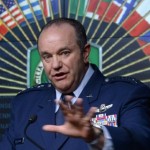 US President Obama supports Chancellor Merkel’s efforts at finding a diplomatic solution to the Ukraine crisis. But hawks in Washington seem determined to torpedo Berlin’s approach. And NATO’s top commander in Europe hasn’t been helping either.

Combat operations in Afghanistan may be coming to an end, but a look at secret NATO documents reveals that the US and the UK were far less scrupulous in choosing targets for killing than previously believed. Drug dealers were also on the lists.

The riots in Cologne at the end of October [2014] show there is a new danger on Germany’s extremist right. Neo-Nazis and football hooligans have teamed up to go after Islamist Salafists. Many are wondering why officials didn’t recognize the development sooner.

Images of Yazidis fleeing parts of Iraq and Syria have shocked the world and the battle against the jihadists with the Islamic State has united Americans, Europeans, Kurds and Iranians. Can the Islamists be stopped?

Russia’s occupation of Crimea has violated international law and created a new crisis among world leaders. Now the EU and the US are fighting over the best means to address Russia’s reawakened expansionary ambitions.

The Vatican last year sent out a survey to Catholics around the world focusing on attitudes to sex and sexuality. The responses are now in — and they show that the Church is badly in need of reform. Can Pope Francis meet such expectations?

Out of Control: The Destructive Power of the Financial Markets
SPIEGEL Staff – TRANSCEND Media Service, 29 Aug 2011

Speculators are betting against the euro, banks are taking incalculable risks and the markets are in turmoil. Three years after the Lehman Brothers bankruptcy, the financial industry has become a threat to the global economy again. Governments missed the chance to regulate the industry, and another crash is just a matter of time.

Right-wing populism has arrived in Finland. The True Finns stand to gain close to 20 percent of the vote in Sunday’s elections on an anti-Islam, anti-Europe platform. That could be bad news for Portugal.

Germany has been looking for a permanent storage site for its nuclear waste for over 30 years. The history of the Gorleben salt dome, a potential nuclear repository, is one full of deception and political maneuvering. And if opponents to the plans have their way, the search might even have to start again from scratch.The […]

NATO is celebrating its 60th birthday this week at a summit co-hosted by Germany and France. But the ceremonies cannot disguise the fact that the alliance, despite its successes, is facing huge challenges in Afghanistan and its dispute with Russia. NATO has rarely succeeded in striking the right tone. In fact, the world’s most important […]

The bailout packages aimed at shoring up financial markets in Europe are getting increasingly expensive. A creeping depreciation of currency is inevitable and state bankruptcies can no longer be ruled out. Could the euro zone also fall victim to the global financial crisis? "There’s a rumor going around that states cannot go bankrupt," German Chancellor […]