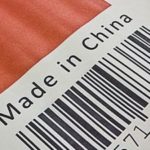 23 Apr 2019 – The United States and China are the largest consumers of coal and oil. The choices made by the leaders of the two largest industrialized economies are having an impact on climate and on air quality for everyone. But the decisions being made in these two countries are going in totally different directions. Their choices reveal a lot about the different social and political bases of each country. 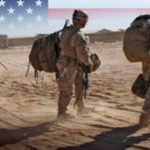 24 Dec 2018 – The announced withdrawal of the remaining 2,000 U.S. troops from Syria and a partial withdrawal from Afghanistan does not mean an end to the Pentagon’s aggressive militarism and endless U.S. wars. The U.S. military has 170,000 troops stationed outside the U.S. in 150 countries, in more than 800 overseas bases. Nearly 40,000 are assigned to classified missions in locations that Washington refuses to even disclose.

1 Mar 2017 – No Surprise! The White Helmets won an Oscar Award for best documentary short feature. The much-hyped White Helmets is not a Syrian organization, nor was it created by Syrians, nor is it educational. It is a U.S.-British creation. Former British Army officer James Le Mesurier, self-described as a British “security” specialist, founded it. He previously worked for Blackwater, the mercenary organization universally condemned for its murderous brutality in Iraq.

U.S. imperialism’s every effort to assert itself and reverse its declining global domination confirms its weakened position. Washington increasingly looks to threats of sanctions and/or military attack to resolve its every problem and challenge. But the Bush administration finds it more difficult to line up its imperialist allies for each new aggression. Even some U.S. […]