Planning Can Save the Planet: China Chooses Renewable Energy

23 Apr 2019 – The very corporations that are responsible for the problem are denying global warming, with immediate consequences for the whole world.

Carbon emissions from the burning of oil, gas and methane are heating the planet, creating a crisis of rising sea levels, droughts, extreme weather, poisoned ground water and polluted air that puts all life at risk.

Is that problem reversible?

The United States and China are the largest consumers of coal and oil. The choices made by the leaders of the two largest industrialized economies are having an impact on climate and on air quality for everyone.

But the decisions being made in these two countries are going in totally different directions. Their choices reveal a lot about the different social and political bases of each country.

In China, dramatic changes in major population centers show that it is possible, if decisive actions are taken, to restore the environment and dramatically improve the quality of life.

The Trump administration, on the other hand, is not only ignoring the consequences of global warming, but actively and aggressively denying it.  Meanwhile, he’s pushing forward with coal mining, fracking and other methods of oil extraction, doing away with Environmental Protection Act clean air regulations and opening up drilling in pristine areas of Alaska’s Arctic preserves.

While this is immediately profitable for a few, it has dangerous consequences for the planet and all life forms.  Regardless of who is president, U.S. policy is set by the needs of the largest oil, gas and industrial corporations to maximize profit. U.S. policies are set by the relentless drive for wars to defend their empire. The Pentagon is the world’s biggest polluter, the largest user of oil and many more dangerous chemicals. Their wars have created the worst environmental devastation and humanitarian disasters. 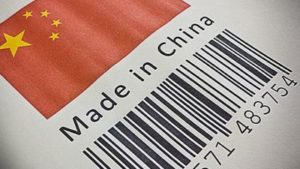 It is especially noteworthy that major capitalist business publications are concerned with the implications of China’s drive for sustainable energy.

Their worry is not about the survival of the planet. It is whether China will get an economic advantage over Wall Street.

As a Jan. 11 headline in Forbes business magazine put it, “China is set to become the world’s renewable energy superpower.” Journalist Dominic Dudley cited a report issued that day by the Global Commission on the Geopolitics of Energy Transformation, which laid out the geopolitical implications of the changing energy landscape.

“The report argues that the geopolitical and economic consequences of the rapid growth of renewable energy could be as profound as those that accompanied the shift from biomass to fossil fuels two centuries ago,” wrote Dudley. It will “change patterns of trade and the development of new alliances. It could also spark instability in some countries that have grown dependent on oil and gas revenue.”

However, Olaf Grimsson, chair of the commission that wrote the report, added that this shift is also bringing “energy independence to countries around the world.”

An article in the Economist magazine of March 15, 2018, had already reported that China,

“[T]hrough a combination of subsidies, policy targets and manufacturing incentives” had “spent more on cleaning up its energy system than America and the EU combined.”

Back on Jan. 5, 2017, an article in the London-based Financial Times titled “Wave of spending tightens China’s grip on renewable energy” quoted Tim Buckley, director of the U.S.-based Institute for Energy Economics and Financial Analysis, who cautioned Wall Street: “As the U.S. owned the advent of the oil age, so China is shaping up to be unrivalled in clean power leadership today.”

A report from the same institute released a year later confirmed yet again that China continues to lead the world in clean energy investment.

China’s socialist revolution made the difference

Learning more about what China is doing to clean the environment and understanding why it is structurally and politically able to do so should open the eyes of environmental activists about what is possible.

To evaluate the historic significance of these gains, it is first important to understand that China is coming from a position of great poverty and semicolonial underdevelopment.

The revolution in China, led by Mao Zedong and the Communist Party, triumphed in 1949 after a generation of armed struggle. It ended 150 years of foreign occupation and civil war, which had produced uncontrollable droughts and famines.

U.S. corporate power had sided with the corrupt landlord and military grouping around Gen. Chiang Kai-shek as their best option for continued Western domination of China. After its defeat on the mainland, this grouping, with U.S. assistance, militarily occupied the island of Taiwan.

After 1949 the U.S., in an effort to economically strangle the revolutionary determination of the People’s Republic of China, imposed a total embargo on all trade and investment. This blockade lasted until the 1972 visit of President Richard Nixon to China, which normalized political relations — but China was still cut off from world trade and economic development.

In 1979, in an effort to gain access to modern technology and world markets, the Chinese government, then led by Deng Xiaoping, created four Special Economic Zones to attract Western corporations dominating the world economy to invest in China.

Western corporations surged into these zones. Their goal was to set up assembly factories and maximize profits through cheap labor costs by employing what had been a largely peasant population in zones with few regulatory restrictions. They also dreamed of overturning the Chinese government.

These corporations gave little thought or planning to their impact on the environment.

The British-controlled colony of Hong Kong sits at the tip of the Pearl River Delta just south of China. Especially attractive to foreign investors was a Special Economic Zone established in a rural area of China north of Hong Kong, where land was easily available and close to a world-class seaport.

These investors used the same tactics in China that had been used a century or two earlier when building thousands of capitalist factories created the crowded, polluted, industrial cities of London, Manchester, Chicago and Buffalo.

After opening up to foreign investment in the 1980s, China surged through 35 years of uneven rapid industrialization. Tens of millions of Chinese peasants, a floating migrant population, flooded into the newly created economic zones. They worked incredibly long hours for six months to two years and were then sent home when orders declined.

Even as capitalist private enterprises flourished in socialist China, state-owned industries in essential economic areas also gained strength through joint ventures and government investments. The contradictions and dangers were enormous.

This compromise policy of opening up to foreign capital, allowing the growth of Chinese capitalists and modernizing state-owned industries, is called “building socialism with Chinese characteristics.”

North of Hong Kong, the primarily agricultural area of the Pearl River Delta and Guangdong Province careened through an unprecedented growth spurt. In 30 years, it became the largest contiguous urban region in the world, according to the World Bank.

Its population in the 2015 census was 108 million. The zone had a staggering growth rate of 40 percent a year from 1981 to 1993. The Pearl River Delta is now the biggest economic hub in the country.

The city of Shenzhen in the Delta grew from a population of 30,000 in 1979 to a megacity today of 20 million, with the largest migrant population in China. It became a polluted factory town of sweatshops spewing out clouds of dark toxic smoke.

Shenzhen’s economic output ranks third, after Beijing and Shanghai, among 659 Chinese cities. It has the second-busiest container terminal in mainland China and the third busiest in the world.

Just north of Shenzhen, the city of Guangzhou, formerly known by its European name of Canton, became China’s most polluted city.

Over the years, factory production in the megacities of the Pearl River Delta went from predominantly labor-intensive consumer goods like toys and clothing to light industry, then heavy industry like machinery, chemical products and autos. Now it is focused on producing high-tech electronic equipment.

While the hundreds of factories and power plants drove economic growth forward, they also polluted the air, water and soil to the tipping point.

Five years ago, on March 4, 2014, China made a serious national decision. The 3,000 delegates to the National People’s Congress voted to reassert greater national control over development through conscious plans to reduce poverty, increase social programs and benefits, combat extreme pollution and build a sustainable environment.

This was a break from China’s 35-year policy of stressing economic growth ahead of the environment and of health and social benefits for the working class.

An article titled “Four years after declaring war on pollution, China is winning” ran in the March 12, 2018, New York Times: “To reach these targets, China prohibited new coal-fired power plants in the country’s most polluted regions, including the Beijing area. Existing plants were told to reduce their emissions. If they didn’t, coal was replaced with natural gas. Large cities, including Beijing, Shanghai and Guangzhou, restricted the number of cars on the road. The country also reduced its iron- and steel-making capacity and shut down coal mines.”

Today, some of the most interesting and radical changes undertaken through environmental experiments are in the Pearl River Delta, which has become a new model of urbanization due to extensive state planning and spending.

“Science is so important,” says Tonny Xie of the Clean Air Alliance of China. “If you have better planning, you will have better air.” (BBC World News, March 7, 2017)

Shenzhen in five years’ time has become one of the most livable cities in China, with extensive parks, tree-lined streets and the largest fleet of electric buses in the world (16,000), along with all-electric cabs. The city aims to have 80 percent of its new buildings green certified by 2020. It is now full of apartment blocks, office towers and modern factories with advanced equipment manufacturing, robotics, automation and giant tech startups.

Once-smoggy Guangzhou, after extensive clean up and rebuilding, is now considered China’s most livable city. The Guangzhou-Shenzhen Science and Technology Innovation Corridor is a creative plan for future development.

All the cities of the Pearl River Delta are well connected by high-speed trains and modern highways. The world’s longest bridge-tunnel sea crossing connects Shenzhen, Macau and Hong Kong.

In just four years since the launch of its war on pollution, Chinese cities by 2018 had already cut concentrations of fine particulates in the air on average by 32 percent.

Other decisions in the war on pollution included the dramatic decision to stop or delay work on over 150 planned or under-construction coal plants.

A newly formed Ministry for Ecology and Environment has broad powers and responsibilities to oversee all water-related policies, from ocean water to groundwater. It oversees policies on climate change that were once scattered among different departments.

It is important in a crisis to understand the problem and evaluate the direction in which developments are going. The changes happening in major population centers of China show that it is possible, if decisive actions are taken, to restore the environment.

The problem in the U.S. that holds back and even reverses programs to mitigate pollution and climate change is that this highly developed country is dominated by a decaying capitalist system and ruling class desperate to maximize its quarterly profits at the expense of any long-term planning.

Sara Flounders has traveled twice to Syria in solidarity delegations during the U.S. war against that country. She is co-director of the International Action Center and helps coordinate the United National Antiwar Coalition, the Hands Off Syria Campaign, and the Coalition Against U.S. Foreign Military Bases.