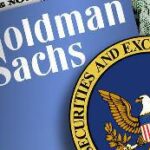 13 Oct 2022 – The strongest branch of the Federal Reserve is the New York Federal Reserve Bank, which fell under the control of 8 long-established banking families. Only 4 of these dynasties hail from largely American backgrounds, which are Goldman Sachs, the Rockefellers, Lehman Brothers and Kuhn Loeb. The other 4 are the Rothschilds in Paris and London, the Warburgs from Germany, the Lazards from France and Israel Moses Sieff from Britain. 29 Sep 2022 – By 2012, there were 750 US military bases globally and 1.4 million American troops, figures which are reported through today. Other estimates suggest more than 1,000 military installations abroad but even the Pentagon may not be sure of the exact number. 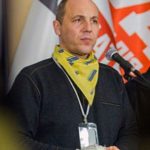 16 Apr 2019 – Ukraine is led by a throng of individuals with many years of neo-Nazi activism under their belts, such as Andriy Parubiy, Chairman of the Ukraine’s Parliament and co-founder of the fascist Svoboda party. These men are all followers of the terrorist Stepan Bandera, a Ukrainian Nazi who collaborated with the Third Reich before and during World War II. Over the past few months, NATO’s Jens Stoltenberg has continued outlining his organization’s “recognition” for Ukraine “to become a member of NATO”.

24 Jul 2018 – The corporate grip upon media would undoubtedly start slipping were serious reporting of climate change (and nuclear weapons) to be undertaken. Instead, as the world burns, the press is largely focused on such issues as “Russian meddling in the US elections.” Rather than serving public interests, the business press has sought to divert attention from the critical subjects.