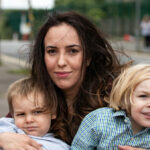 2 Jan 2021 – His two children could lose their father for the rest of their lives. Although important legal principles are at stake in the extradition trial of Julian Assange, for which a ruling will be handed down on January 4, it should not be forgotten that there are important human issues at stake as well. One such issue is Assange’s health.

Not that such memorials aren’t appropriate. They are simply insufficient. They fail to commemorate another 9/11 tragedy, one that took place 28 years earlier, in 1973 — not in America, but in Chile — and which caused the death – not of thousands, but of tens of thousands — while torturing and exiling 200,000 more. I refer to the brutal coup d’état that overthrew the democratically elected government of Salvador Allende, and replaced it with nearly two decades of murderous dictatorship under Generalissimo Augusto Pinochet.