The Other 9/11: Unremembered and Unatoned 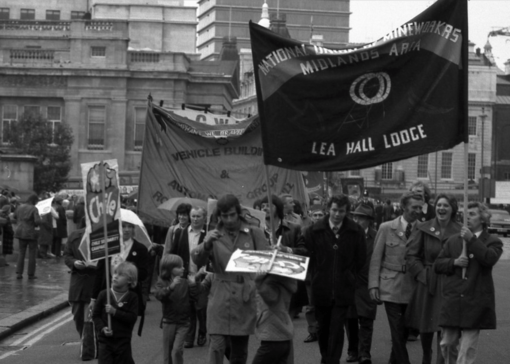 Not that such memorials aren’t appropriate. They are simply insufficient. They fail to commemorate another 9/11 tragedy, one that took place 28 years earlier, in 1973 — not in America, but in Chile — and which caused the death – not of thousands, but of tens of thousands — while torturing and exiling 200,000 more.

I refer to the brutal coup d’état that overthrew the democratically elected government of Salvador Allende, and replaced it with nearly two decades of murderous dictatorship under Generalissimo Augusto Pinochet.

Although this earlier 9/11 event occurred in a foreign land, there is a very good reason why Americans should remember it. And that reason is – our government caused it. The coup was strategized, funded, and abetted by President Richard Nixon, by Secretary of State Henry Kissinger (“I don’t see why we need to stand by and watch a country go communist due to the irresponsibility of its people. The issues are much too important for the Chilean voters to be left to decide for themselves.”) and by CIA directors from Richard Helms and James Schlesinger to William Colby and George Hebert Walker Bush.

Although Nixon, Kissinger, Helms, Schlesinger, Colby and Bush are arguably as guilty of mass murder for their part in the Chilean coup of 9/11/1973 as the 19 militants who reportedly flew airliners into the World trade Towers on 9/11/2001, the former did not suffer the same fate as the latter.

The 19 Al Qaeda (and/or Saudi) militants involved in the 9/11/2001 attacks all reportedly perished when their aircraft crashed. By contrast, Generalissimo Augosto Pinochet died peacefully in his sleep, at age 94, surrounded by his family, in a Santiago hospital. The death of Richard Nixon, at a respectable age 81, was celebrated by an impressive public memorial service, paid for by American taxpayers, and attended by world dignitaries, including all five living American presidents. As for our CIA chiefs: Richard Helms lived to a ripe old 89 years of age; John Schlesinger, to 85 years of age; and William Colby, to a less ripe but still respectable 76 years of age. And George Herbert Walker Bush is still going strong, God bless him, at age 95, along with Henry Kissinger, who at an impressive 94 years of age, is hale, hearty, happy, honored – and rich (although he is leery of traveling abroad lest he encounter a silly government or two that just won’t let bygones be bygones).

Here is a link to a moving article from the New Statesman, written in 1974, only a year after the Chilean coup, by Nobel Prize-winning author Gabriel García Márquez. . Although Marquez’s article is a devastating exposé of the U.S. Government’s shameful and illegal complicity in the coup, and its many acts of torture and murder, Marquez did not have access to the mountain of additional incriminating evidence that surfaced later, bit by bit, during the next three decades, which painted an even more shameful picture.

Perhaps the oddest piece of that later incriminating evidence was the CIA’s own public confession of its role in the Chilean coup, embodied in a Special Report, declassified and extracted from the agency with great effort by Congress, in 2000. However, even in this 27-years-too-late confession, the CIA seemed to place most if not all of the blame on Nixon and Kissinger (who certainly deserved their share). And even more bizarrely — in light of their very own disclosures to the contrary – the agency concluded its Report by refusing to admit to any abuses or cover-up by CIA agents.

It should be noted that, even now, 44 years later, the United States has still not made a public apology to the Chilean people for the decades of undeserved misery, torture and death it caused them. (Not surprising, since it hasn’t apologized to the Iranian people, either, for the decades of misery, torture and death it caused them when the CIA overthrew the democratically elected government of Mossadegh in 1953; or apologized to the Guatemalan people for overthrowing the democratically elected government of Jacobo Árbenz in 1954; or – well, I’ll stop there, since the full list of U.S.-fomented and/or -implemented coups d’état would probably exceed Counterpunch’s word-count limit on article size.)