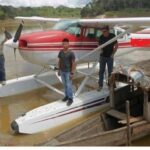 17 Apr 2020 – In a landmark ruling, a Brazilian judge has blocked evangelical missionaries from making contact with uncontacted tribes in the Javari Valley, home to the greatest concentration of such peoples anywhere on Earth.

The operation is based in two “protected areas” in Cameroon, leased by Benjamin de Rothschild. It offers tourists the chance to pay €55,000 to shoot a forest elephant. Baka were evicted from their ancestral land to create the trophy hunting operation, contrary to international law. It is patrolled by soldiers, police and armed guards, and Baka have now been told they will be shot on sight if they cross it to hunt to feed their families, gather plants, or visit religious sites.

Tribes across Brazil have secured a historic victory, preventing Congress from seizing control of the future of their lands. Brazilian Indians continue to fight against the invasion of their lands by loggers, miners, ranchers and others, and against a series of Amazon mega-dams which threaten to destroy their livelihoods and wipe out some uncontacted tribes.

Soldiers, field workers from Brazil’s indigenous affairs department FUNAI, Environment Ministry special agents and police officers are being dispatched to notify and remove the illegal settlers, ranchers and loggers – many of whom are heavily armed – from the Awá indigenous territory in the North-Eastern Brazilian Amazon. 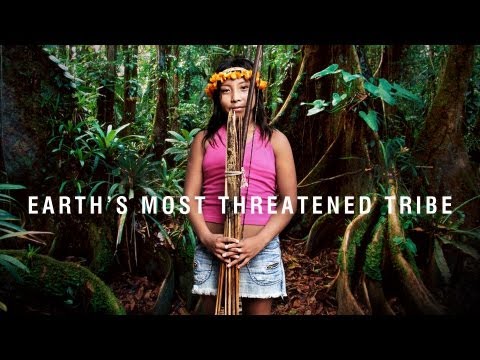 Colin Firth Launches Campaign To Save Them. Many Awá are still uncontacted, and they are running for their lives. “One man has the power to stop the loggers: Brazil’s Minister of Justice. But it’s just not his priority. Let’s push it up his list.”

Over 700 Brazilian Indians from more than 230 tribes set up camp last week in the country’s capital city, Brasília, to urge the government to respect their rights. The Madeira dams, currently being built in the Amazon, are putting immense pressure on uncontacted Indians’ lands as migrants are arriving in the area and deforestation is increasing. The Belo Monte dam planned for the Xingu river in the Amazon threatens the livelihoods of thousands of tribal people, who have not given their consent for the dam to be built.

Anglo-French oil company Perenco has revealed plans to build a pipeline deep into the heart of uncontacted tribes’ land in the Amazon rainforest. The pipeline is being built to transport an estimated three hundred million barrels of oil from the depths of the northern Peruvian Amazon. The company makes no mention of the tribes in […]