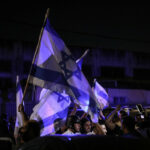 19 May 2021 – Israeli Jewish extremists used instant messaging services to organize armed militias to attack Palestinian citizens of Israel. “We are no longer Jews today,” one user wrote in a Telegram group titled “People from Holon, Bat Yam and Rishon Lezion go out to bring war.” “Today we are Nazis.” “No one in the authorities could claim that they did not know,” HaBloc said. 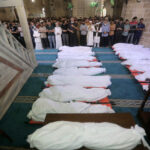 Israel in the early hours of Sunday [16 May 2021]—around 1 am–obliterated multiple generations of families when it bombed their homes in Gaza firing 50 missiles. Two prominent doctors were among the dead. This has raised the death toll in Gaza since Israel’s bombing campaign began on 10 May to 192, including 58 children and 34 women. More than 1,200 people have been injured as of 17 May.