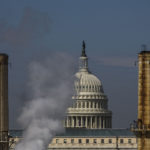 8 May 2019 – The United States has spent more subsidizing fossil fuels in recent years than it has on defense spending, according to a new report from the International Monetary Fund. The IMF found that direct and indirect subsidies for coal, oil and gas in the U.S. reached $649 billion in 2015. Pentagon spending that same year was $599 billion.