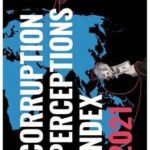 25 Jan 2022 – This year’s Corruption Perceptions Index reveals that corruption levels are at a worldwide standstill. The CPI ranks 180 countries and territories around the world by their perceived levels of public sector corruption.

29 Jan 2019 – The 2018 Corruption Perceptions Index released today by Transparency International reveals that the continued failure of most countries to significantly control corruption is contributing to a crisis of democracy around the world.

What’s It Like to Be a Whistleblower?
Transparency International – TRANSCEND Media Service, 4 Jul 2016

On 15 June, two weeks before the verdict in the Luxembourg trial, Deltour talked to TI about his experiences as a whistleblower, the support he has received and the fact that thousands of people see unethical behaviour where they work but don’t speak out. They just go home every day and feel they compromise their personal ethics because there is no option to talk about it.

This crisis was not just the result of a few rogue traders placing reckless bets. Corruption, in the form of fraud and a ‘no holds barred’ pursuit of profits, bonuses and growth, infected the whole financial system. Transparency International believes that not enough has been done to change the culture of greed and reckless risk-taking.