• Over 929,000 people died from violence in post-9/11 wars; several times as many from effects of war
• Over 387,000 civilians killed
• 38 million refugees and displaced persons
• US price tag over $8 trillion
• US government leads counterterror in 85 countries
• Wars caused violations of human rights and civil liberties in U.S. and abroad 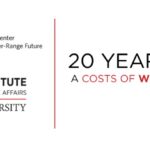 12 May 2021 – The US allies in the post-9/11 wars have borne significant human and budgetary costs. They were the military operations in Afghanistan and Iraq that have grown from the “Global War on Terror.” While the Afghan and Iraqi governments incurred the highest human costs, this research paper focuses on the human and financial contributions of European and other allies of the U.S. 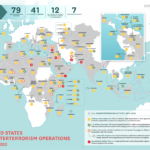 Feb 2021 – From 2018 to 2020, the United States government undertook what it labeled “counterterrorism” activities in 85 countries. The map illustrates countries in which the U.S. government conducted operations it explicitly described as counterterrorism, in an outgrowth of President George W. Bush’s “Global War on Terror.” 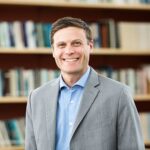 27 Nov 2019 -In modern medicine, physicians and health care practitioners tend to talk about treatments rather than cure. It’s a spectrum. For a disease that had 66 percent mortality that can now be decreased to as low as 10 or 15 percent if you get this treatment early, I have no problem calling that a cure. 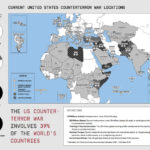 June 2019 – The Costs of War Project is a team of 35 scholars, legal experts, human rights practitioners, and physicians, which began its work in 2011. We use research and a public website to facilitate debate about the costs of the post-9/11 wars in Iraq and Afghanistan, and the related violence in Pakistan and Syria. There are many hidden or unacknowledged costs of the United States’ decision to respond to the 9/11 attacks with military force. We aim to foster democratic discussion of these wars by providing the fullest possible account of their human, economic, and political costs, and to foster better informed public policies. 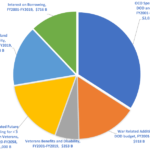 14 Nov 2018 -The United States has appropriated and is obligated to spend an estimated $5.9 trillion on the war on terror through Fiscal Year 2019, including direct war and war-related spending and obligations for future spending on post-9/11 war veterans.

The USA has spent or obligated 4.4 trillion dollars on the wars in Afghanistan, Pakistan, and Iraq paid almost entirely by borrowing, which has raised the US budget deficit, increased the national debt, and had other macroeconomic effects, such as raising consumer interest rates. We estimate that interest payments over war borrowings could total over $7 trillion by 2053.