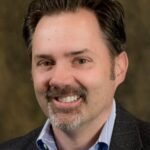 16 Nov 2021 – America’s Abyss of Weapons and Warmaking – In the Pledge of Allegiance, we speak proudly of One Nation under God, but this country doesn’t serve or worship Jesus Christ, or Allah, or any other god of justice and mercy. The deity America believes in is the five-sided one headquartered in Arlington, Virginia.

Is the U.S. Military Now an Imperial Police Force?      A leaner, meaner, higher tech force – that was what George W. Bush and his Secretary of Defense Donald Rumsfeld promised to transform the American military into.      Instead, they came close to turning it into a foreign legion. Foreign as in being constantly deployed […]