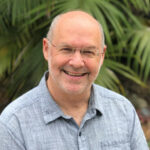 The largest undercover force the world has ever known is the one created by the Pentagon over the past decade. Some 60,000 people belong to this secret army working under masked identities in a program called “signature reduction.” More than ten times the size of the clandestine elements of the CIA, it carries out domestic and foreign assignments in military uniforms or civilian cover, in real life and online, hiding in private businesses and consultancies, some of them household name companies. 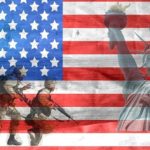 16 Apr 2020 – A little-known military task force charged with evacuating Washington has already been activated, charged with “securing” Washington in the face of attackers, foreign and domestic. Activated on March 16, Joint Task Force National Capital Region is chartered to “defend” Washington on land, in the air, and even on its waterfronts. The only one of its kind in the country, it demonstrates how there are two sides of government preparedness. 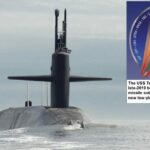 29 Jan 2020 – The US Navy has now deployed the new W76-2 low-yield Trident nuclear submarine warhead. Each W76-2 is estimated to have an explosive yield of about five kilotons. The remaining 18 missiles on each submarine like the Tennessee carry either the 90-kiloton W76-1 or the 455-kiloton W88. Each missile can carry up to eight warheads under current loading configurations.

A Hidden World, Growing Beyond Control. The top-secret world the government created in response to the terrorist attacks of Sept. 11, 2001, has become so large, so unwieldy and so secretive that no one knows how much money it costs, how many people it employs, how many programs exist within it or exactly how many agencies do the same work.

National Security Inc. -To ensure that the country’s most sensitive duties are carried out only by people loyal above all to the nation’s interest, federal rules say contractors may not perform what are called “inherently government functions.” But they do, all the time and in every intelligence and counterterrorism agency, according to a two-year investigation by The Washington Post.

The Secrets Next Door. In suburbs across the nation, the intelligence community goes about its anonymous business. Its work isn’t seen, but its impact is surely felt.