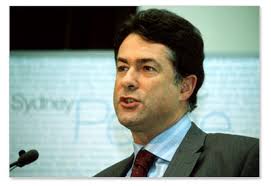 Associate Professor Jake Lynch, Director of Sydney University’s Centre for Peace and Conflict Studies (CPACS) [and TMS advisor], has been taken to the Federal Court of Australia in a legal action brought by Shurat HaDin, the Israel Law Centre, alleging racial discrimination due to his support of the Palestinian call for academic boycott of Israel. The claim is that he is backing racist and discriminatory policies through their support for the international Boycott, Divestment and Sanctions (BDS) movement.  These accusations are unfounded and intimidatory. They are intended to stifle free speech. This is a litigious case that threatens our right to democratic dissent.

Many, many thanks for all your donations so far.

The court case is now entering a crucial phase.

A full day of hearings is scheduled for Tuesday March 25th in the Australian Federal Court.

My legal team has succeeded in numerous interim arguments about the nature of the case against me and the burden of proof on the applicants.

It means we are well set now to narrow in on the key issues.

But it requires detailed, hard-grinding work, and that costs money.

Over 250 of you have made a donation to the legal fund so far – brilliant, thanks!

If the other 3,900 co-defendants can chip in with just a modest sum apiece, we will be well placed to carry on defending BDS and political freedom.

Now is the time! Please make your donation here:

If you don’t want to use PayPal, just let me know via email and I can send you details of the bank account: 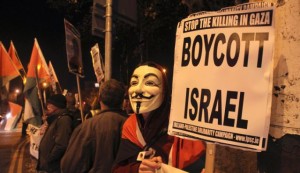 Leading academicians and artists, as well as some church groups, have headed BDS’ call [AP]

Anticopyright: Editorials and articles originated on TMS may be freely reprinted, disseminated, translated and used as background material, provided an acknowledgement and link to the source, TMS: Legal Fund for Academic Boycott of Israel, is included. Thank you.