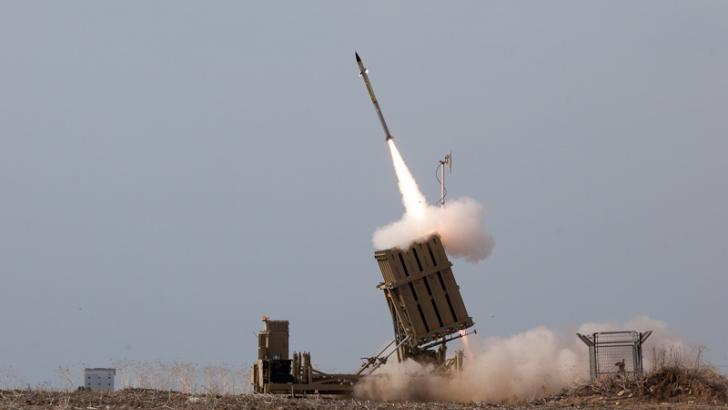 The murder by unknown assailants of three Israeli teens who were members of an Israeli settlement in the occupied West Bank would normally have been treated by both sides as simply another senseless loss of innocent young life experienced too often by Israelis and Palestinians alike. But the right-wing Israeli government took advantage of the tragedy to whip up ultra-nationalist sentiments, engage in a new wave of repression in the occupied West Bank, launch heavy mortar attacks and air strikes against civilian targets in the besieged Gaza Strip, and now to threaten all-out war.

This latest round of violence came on the heels of failed peace negotiations in which the Palestine Authority agreed to unprecedented concessions, including accepting a settlement in which their state would be demilitarized and would encompass just 22 percent of historic Palestine, militias would be dismantled, Israeli and international forces could guard all borders, Jerusalem would be shared as both nations’ co-capital, 80 percent of Israeli colonists would be allowed to stay in their illegal settlements, and the Palestinians would renounce the right of return of refugees expelled from their homes during Israel’s 1947-49 war of independence.

By contrast, the Israelis—according to both U.S. and Israeli sources–essentially refused to make any concessions from their longstanding insistence that the Palestinians only be allowed control of a series of tiny non-contiguous cantons surrounded by Israel.  Rather than acknowledging Israel’s culpability in the failure to achieve a peace agreement, the Obama administration blamed “both sides” and insisted that the Palestinians not just recognize Israel, as they had done more than twenty years ago, but explicitly recognize Israel as a “Jewish state.” Never in history has a country been required to recognize the ethnic or religious identity of another as a requirement for peace.

With Israel’s intransigence in the face of Palestinian moderation, which raised global disapproval to unprecedented levels and prompted questions even among many Israelis, Prime Minister Netanyahu apparently felt a need to change the focus, taking advantage of the kidnapping and murder to his advantage. First he insisted, without making public any evidence, that the Palestinian Islamist group Hamas was responsible and, by extension—given their recent unity agreement to join the Fatah-led Palestinian government—the Palestine Authority itself. This came despite vehement denunciation of the kidnapping and murders by Palestinian officials and aggressive actions by Palestinian security services, first to find the missing teens and then to find the perpetrators.

Israel then began air strikes on the Gaza Strip, prompting Palestinian militants—who may actually have been affiliated with groups even more extremist than Hamas—to lob home-made rockets which, unlike the Israeli attacks, have not yet resulted in any casualties, but have reinforced the Israeli determination to escalate its assault on Gaza and prepare for a possible large-scale military offensive.

President Obama, to his credit, in an article written for the Israeli newspaper Haaretz, declared that “all parties must protect the innocent and act with reasonableness and restraint, not vengeance and retribution” and, while praising President Abbas for his willingness to work for peace, refrained from doing the same for Netanyahu. However, Obama failed to join Amnesty International, Human Rights Watch, and various governments in condemning Israeli violations of international humanitarian law, including collective punishment and attacks on noncombatants.

Since the beginning of 2014, nearly thirty Palestinian civilians, including nearly a dozen children and adolescents, have been killed by Israeli security forces. Nearly 1,300 have been injured, and as many as 650 have been forcibly displaced, raising concerns among many Palestinians about the disproportionate focus placed upon the three Israeli teenagers.

Imagine the reaction by the Obama administration if the Palestine Authority had reacted to the deaths of their youth as had Israel: bombing Israeli cities, breaking into and ransacking Israeli homes, and detaining hundreds of Israelis without charge.

Obama’s call for Israelis and Palestinians to exercise restraint and peacefully settle their differences is not enough. Whatever terrible acts may be committed by one side or the other, this is not an ethnic conflict. It is an illegal military occupation of one nation by another. The United States continues to block the United Nations from enforcing resolutions demanding Israel live up to its obligations under international law, while increasing military aid even as Israeli human rights abuses have also increased. This has pushed prospects for a peaceful resolution further out of reach, and made it harder for the Palestine Authority to prevent desperate elements within its population from targeting Israelis, including innocent civilians.

The United States must  use its considerable leverage on Israel not only to prevent a full-scale assault on Gaza, but to end the occupation.

Stephen Zunes is a professor of politics and coordinator of Middle Eastern Studies at the University of San Francisco.