The Gaza Massacre: The Underlying Motives 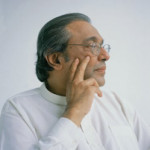 Massacre has become a habit. Every two or three years, Israel launches a massive military assault upon largely unarmed Palestinians in Gaza. It did this in December 2008 to January 2009. It did it again in November 2012. On each occasion hundreds of Palestinians are murdered and thousands more maimed.

Every time, Israel claims the moral high ground for its brutal, barbaric action. It blames Hamas, an important component of the Palestinian liberation movement, for the present cycle of violence. It alleges, without an iota of proof, that Hamas was responsible for the kidnapping and killing of three Israeli teens on 12 June 2014. Hamas has denied any involvement. The death of the teens — a despicable act — provided the justification for a large-scale operation against Hamas and other so-called militants. Israeli authorities arrested a number of activists including those who were released earlier.

If the media has concealed these statistics from the public, it has also presented a rather distorted picture of how the present violence had unfolded. It is mainly because of the huge emotional torrent unleashed by the anti-Arab venom spewed by some politicians and religious personalities in the wake of the killing of the Israeli teens that some Israeli settlers may have killed a Palestinian teen and burnt his body on the 2nd of July. This incident — not unexpectedly — provoked thousands of Palestinians to launch angry protests in not only Gaza but also the West Bank. The Benjamin Netanyahu regime retaliated with harsh punitive measures including missile strikes and the collective punishment of entire communities.

It is against this backdrop that one should look at the primitive rockets launched by Hamas against targets in Israel. It is true that these rockets have generated some fear among segments of the Israeli population but they have not resulted in any deaths. On the contrary, they serve as “evidence” for Netanyahu to convince the world that Israel is under threat and is forced to defend itself and to protect its people. This is why one wonders whether as a strategic option the rockets serve a purpose.

If anything, the rockets have helped to divert attention from the underlying motives for Israel’s current aggressive offensive. What are these motives?

One, the offensive, ostensibly directed at Hamas, actually demonstrates Israel’s overwhelming military power in the region. Its neighbours are reminded at regular intervals that no one should try to trifle with West Asia’s most formidable armed forces. The projection of power in this manner is consistent with Israel’s singular obsession with its security. For the nation’s security, in the Israeli psyche, is equated with its ability to dominate the region, militarily. Hence its opposition to any other state in West Asia possessing even the remotest capacity to produce nuclear weapons. Besides, Israel is determined to show friend and foe that it is above the law, that the norms that apply to other states bear no relevance to it. It is “exceptional” because the Jews are a “chosen people.”

Two, the need to project its power is all the greater at this moment in view of the reconciliation agreement reached between Hamas and its rival Fatah on the 23rd of April 2014. Israel perceives a united Palestinian liberation struggle as a major threat to its agenda of domination and control through the strategy of divide and rule. If, as a result of a Hamas-Fatah unity government, Gaza and the West Bank are brought together, the Israeli plan of keeping them apart — and weak — will be thwarted.

Three, the Netanyahu regime is also worried that more and more people especially in Europe are beginning to appreciate the justice of the Palestinian cause as reflected in the growing support of big corporations and universities for the Boycott, Divestment and Sanctions (BDS) campaign against Israel’s post -1967 occupation of Palestinian land. In order to check this trend, Netanyahu is once again playing the victim card especially with Europe in mind: Israel is still under a grave threat, its survival is at stake. Do not abandon Israel.

Four, playing victim has acquired a new urgency in light of a recent development. There is a strong possibility that Iran will come to some understanding soon with the US and other big powers on its nuclear programme. As we have hinted, for Israel, an oil-rich Iran with a strong scientific base and a clear Islamic ideological orientation, is a challenge to its security, read dominance. It explains why it has gone all out to foil Iran’s rapprochement with the US in particular. The present offensive which attempts to link Hamas’s rockets with Iran is both an endeavour to make Iran look like the culprit and to underscore Israel’s vulnerability.

Since the motives reveal an extremely myopic perspective on Israel’s interests, all the more reason why an immediate ceasefire in Gaza is critical. Though there have been calls for a ceasefire from the United Nations Security Council to NGOs, the parties involved especially Israel is not prepared to heed. Perhaps NGOs and other civil society groups all over the world should be more vocal and more persistent in demanding an immediate cessation of conflict.

Needless to say, a ceasefire in itself is not a solution. There will continue to be massacres of this sort in the future unless the fundamental cause of the Israeli-Palestinian/ Arab conflict is addressed. It is widely accepted that the root of the conflict is Israeli occupation of Palestinian/Arab land. It is because of their situation— their dispossession —that Palestinians and other Arabs are sometimes even prepared to resort to violence in order to restore their dignity.

This is something that the Israeli elite and its backers in the West should understand. As it has been said on numerous occasions, there will be no security for Israelis unless there is justice for the Palestinians and other Arabs.

Anticopyright: Editorials and articles originated on TMS may be freely reprinted, disseminated, translated and used as background material, provided an acknowledgement and link to the source, TMS: The Gaza Massacre: The Underlying Motives, is included. Thank you.