Threatening Whales and Planet, US Opens Up Offshore Oil Exploration 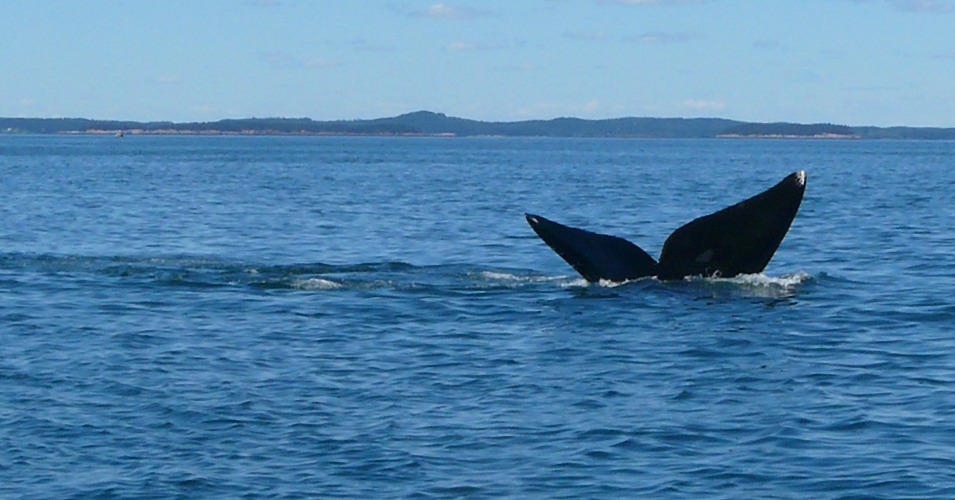 The Obama administration on Friday [18 Jul 2014] gave the greenlight for fossil fuel companies to begin exploring for oil in the waters off the east coast of the U.S., a move said to have a dire consequences for marine life in the short term and on our global climate for years to come.

“It’s an ugly turn of events,” said Miyoko Sakashita, oceans director at the Center for Biological Diversity. “The Atlantic Ocean should be off limits to oil and gas drilling. It’s habitat that should be protected for endangered right whales and other wildlife, but instead the government is planning to let oil companies blast airguns, drill, and probably spill oil.”

Environmentalists are decrying the decision by the Department of the Interior to allow oil companies to use sonic canons to map the ocean floor, saying the explosive blasts threaten to kill or injure tens of thousands of marine mammals—including endangered right whales—and devastate coastal communities who depend on tourism, fishing, and coastal recreation.

The seismic blasting, which can reach over 250 decibels, causes hearing loss in marine mammals, disturbs essential behaviors such as feeding and breeding over vast distances, and can mask communications between individual whales and dolphins.

For more than 30 years drilling off the eastern seaboard has been prohibited. The decision now opens up the coastline from Delaware to Florida to a potentially devastating spill, says campaigners.

“Today, our government appears to be folding to the pressure of Big Oil and its big money,”  Oceana campaign director Claire Douglass told Fuel Fix.

“The use of seismic airguns is the first step to expanding dirty and dangerous offshore drilling to the Atlantic Ocean,” Douglass continued, “bringing us one step closer to another disaster like the BP Deepwater Horizon oil spill.”

The move helps pave the way for possible drilling off the East Coast in the 2020s, Fuel Fix reports, as the Obama administration has already begun assembling a five-year plan for selling offshore energy leases beginning in late 2017. Nine companies are already vying for the exploration work, according to the DOI Bureau of Ocean Energy Management.

One Response to “Threatening Whales and Planet, US Opens Up Offshore Oil Exploration”