‘They Want Their War And They Want It Now!’ 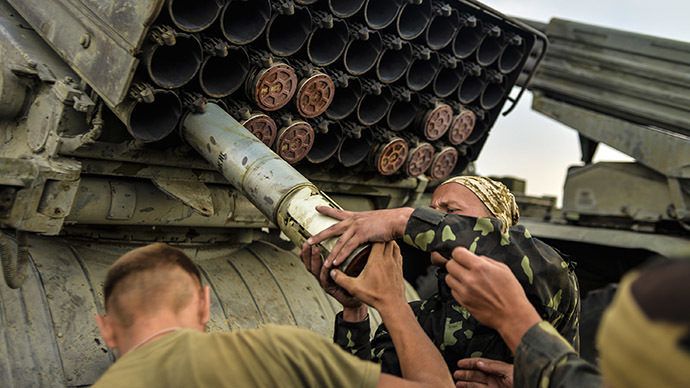 If you are playing a game of chess, and the next moves you are considering all inexorably lead to your king falling into checkmate, then you have only two options: you either topple your king and graciously accept defeat, or…

You can kick over the chessboard, refuse to accept defeat, and let all hell break loose…!

Is that what the “four horsemen of the Apocalypse,” namely the elites running the US, UK, EU and Israel against their own peoples’ interests, are thinking of doing?

All parents know that if you allow a young brat to do as he pleases by giving in to his yelling and kicking and sobbing every time he does not get his way it will become increasingly hard to get the little monster to mature and behave in an adult and responsible manner.

This could very well be a metaphor for the way the Western powers have been behaving and acting in recent years, especially since 9/11, which for a while gave them a blank check to run amok throughout the Middle East and beyond.

Since then, their focus has been all about fighting Israel’s wars, as clearly defined a few years ago by the infamous neocon think-tank Project for a New American Century, and the 1996 strategic initiative penned by a team of neocon academics and former Bushite Pentagon officers led by Richard Perle, that included Douglas Feith, Robert Loewenberg, David and Mayrav Wurmser, entitled, “A Clean Break: A New Strategy for Securing the Realm.”

That document was not even prepared for the US government, but rather for the then-former – and today again in power – prime minister of Israel Benjamin Netanyahu. The paper had as its focal point the destruction of Saddam Hussein’s Iraq, at that time Israel’s #1 enemy.

In subsequent years, using obscene and flagrant lies like Iraq’s inexistent weapons of mass destruction; unexplained CIA connections with the Taliban and Osama Bin Laden (Saudi partners of the Bush family in the Carlyle Group investment firm); obnoxious meddling in the internal affairs of Egypt; the overrunning of Libya (which included live TV assassination of its leader Muammar Gadhafi and family members to Secretary of State Hillary Clinton’s boisterous laughter); year-long threats of unilateral military attack on Iran over its alleged nuclear program; and the targeting of Bashar al-Assad’s Syria, the “four horsemen” have wreaked havoc throughout the Middle East and elsewhere.

Since then, however, untold millions throughout the world have come to understand the profound truth behind former Malaysian prime minister Mahatir Mohammed’s words in 2003 during a meeting of the Organization of the Islamic Conference, when he stated: “The Jews rule the world by proxy; they get others to fight and die for them.”

But things changed dramatically about two years ago when Russia and China began standing fast, voicing the world’s increasing weariness with the warmongering of these “horsemen.” Indeed, a red line had to finally be drawn that no one dare cross, only this time it wouldn’t be against Iraq, Afghanistan or Libya, but against the US and its allies.

That is what happened a year ago when Russian President Vladimir Putin finally drew his red line on the US/UK/EU/Israel in Syria. Putin did not blink, but Obama did, and he’s been feeling the heat ever since.

What does the global elite really want?

Clearly, Mr. Putin and his team have won many moves on the global grand chessboard in recent times, repeatedly neutralizing Western endeavors to fabricate any excuse to go to full war against Iran and Syria, and even (partial?) war with Russia (and China).

Sure, they still have the false flag option, and a big one might be on their drawing board right now, but that too is fast becoming harder and harder to sell, and their shelf lives are getting shorter and shorter too.

Ever since the Israelis were routed by Hezbollah (financed, trained and armed by Iran) in Southern Lebanon during their Nth invasion of that country in 2006, Israel, the US and UK have almost continually threatened Iran with unilateral military attack… but never got around to it, because of Russia.

If last year Russia drew a red on Syria that the US/UK/NATO/Israel dared not cross, this year they have done the same thing in the Ukraine, which is far, far closer to their home.

But these are not isolated events and crises. They are part of a far greater game that is being played out globally which includes the NATO “missile shield” in Poland, clearly aimed at Russia and its allies.

In July, for example, the BRICS countries – Brazil, Russia, India, China and South Africa – held a summit in Brazil during which they made a very concrete decision to start building a new, alternative global financial architecture founding strong multilateral financial institutions that are not aligned to the global mega-banksters.

That represents a huge challenge and threat to the International Monetary Fund and the World Bank, and a veritable dagger pointed at the weakened and easy-to-unbalance Western financial system.

Meanwhile, in the current global economic climate, US, UK and European economic sanctions against Russia are having little effect and looking rather bland, even ridiculous.

What “economic sanctions” can you impose on a country like Russia which has the largest territory in the world (17.3 million square kilometers: that’s one-ninth of Earth’s land surface area), the largest oil reserves in the world, vast plains to feed its people, more gas than it could burn in a century (and the ability to turn off the gas pipeline valve to Europe and let 80 percent of NATO countries freeze to near death any time soon)?

But, talk about bones to dogs and war to warmongers, and you will have them all howling and raging. Thus, the in-between-the-lines message coming out of Washington, London and Tel-Aviv today is dangerously clear: “Damn it! Vladimir won’t let us have our war!”

The West’s “four horsemen” would do well, however, to watch their step. It was one thing to wage war on Japan and Germany with their tiny carpet-bombable territories and cramped populations; or to take on the far weaker militarily forces of Iraq, Libya and Afghanistan; or to bomb the explosive Balkans. And the “Home of the Brave” should not exactly be proud of having waged war on Panama, Grenada or in the killing fields of Vietnam (where they lost), either.

But if they decide to start saber-rattling at Russia, they had better pick up history books and re-read what happened to Napoleon and his Grand Armée when they trespassed into the Great Russian Empire at the beginning of the 19th century. Closer in time, take another look at the Third Reich: in 1941 Operation Barbarossa drove the Wehrmacht deep into the former Soviet Union, to the very doors of Stalingrad, Leningrad and Moscow – but then look at what happened.

The US should put away Russia-hater Zbigniew Brzezinski and Samuel Huntington Trilateral Commission geopolitical hogwash, and re-read, for example, what British geopolitical strategist Sir Halford Mackinder had to say about Russia in his “Democratic Ideals and Reality: A Study in the Politics of Reconstruction,” published just when World War I ended.

Extrapolating: MacKinder’s “World Island” is Eurasia from which Planet Earth can be fully controlled; the “Heartland” is the geopolitical center of that World Island which lies in “Eastern Europe”, which is controlled by Moscow.

And where does that leave Washington, New York, London, Frankfurt and Tel Aviv?

For many decades, the best chess players have been Russian. Americans on the other hand love to play poker, a game of deceit, lying and cheating. Chess, however, is all about strategy: no cheating, no going back, no “Oops!! Can I undo that last move?”

Clearly, we all live in very dangerous times.

Adrian Salbuchi is a political analyst, author, speaker and radio/TV commentator in Argentina.