A century and a half before our modern fetishism of failure, a seminal philosophical case for its value.

German philosopher, poet, composer, and writer Friedrich Nietzsche (October 15, 1844–August 25, 1900) is among humanity’s most enduring, influential, and oft-cited minds — and he seemed remarkably confident that he would end up that way. Nietzsche famously called the populace of philosophers “cabbage-heads,” lamenting: “It is my fate to have to be the first decent human being. I have a terrible fear that I shall one day be pronounced holy.” In one letter, he considered the prospect of posterity enjoying his work: “It seems to me that to take a book of mine into his hands is one of the rarest distinctions that anyone can confer upon himself. I even assume that he removes his shoes when he does so — not to speak of boots.”

A century and a half later, Nietzsche’s healthy ego has proven largely right — for a surprising and surprisingly modern reason: the assurance he offers that life’s greatest rewards spring from our brush with adversity. More than a century before our present celebration of “the gift of failure” and our fetishism of failure as a conduit to fearlessness, Nietzsche extolled these values with equal parts pomp and perspicuity. 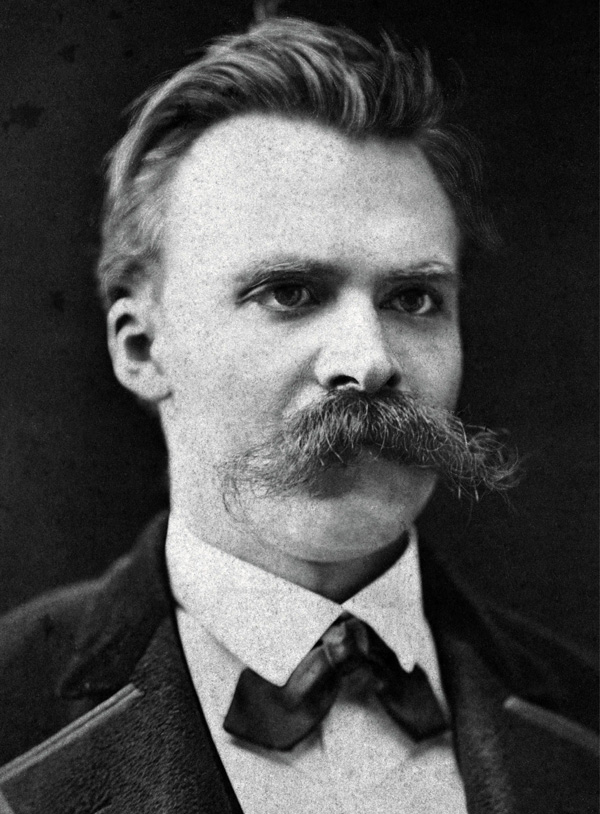 In one particularly emblematic specimen from his many aphorisms, penned in 1887 and published in the posthumous selection from his notebooks, The Will to Power (public library), Nietzsche writes under the heading “Types of my disciples”:

To those human beings who are of any concern to me I wish suffering, desolation, sickness, ill-treatment, indignities — I wish that they should not remain unfamiliar with profound self-contempt, the torture of self-mistrust, the wretchedness of the vanquished: I have no pity for them, because I wish them the only thing that can prove today whether one is worth anything or not — that one endures.

(Half a century later, Willa Cather echoed this sentiment poignantly in a troubled letter to her brother: “The test of one’s decency is how much of a fight one can put up after one has stopped caring.”)

With his signature blend of wit and wisdom, Alain de Botton — who contemplates such subjects as the psychological functions of art and what literature does for the soul — writes in the altogether wonderful The Consolations of Philosophy (public library):

Alone among the cabbage-heads, Nietzsche had realized that difficulties of every sort were to be welcomed by those seeking fulfillment.

Not only that, but Nietzsche also believed that hardship and joy operated in a kind of osmotic relationship — diminishing one would diminish the other — or, as Anaïs Nin memorably put it, “great art was born of great terrors, great loneliness, great inhibitions, instabilities, and it always balances them.” In The Gay Science (public library), his treatise on poetry where his famous “God is dead” proclamation was coined, he wrote:

You have the choice: either as little displeasure as possible, painlessness in brief … or as much displeasure as possible as the price for the growth of an abundance of subtle pleasures and joys that have rarely been relished yet? If you decide for the former and desire to diminish and lower the level of human pain, you also have to diminish and lower the level of their capacity for joy.

He was convinced that the most notable human lives reflected this osmosis:

Examine the lives of the best and most fruitful people and peoples and ask yourselves whether a tree that is supposed to grow to a proud height can dispense with bad weather and storms; whether misfortune and external resistance, some kinds of hatred, jealousy, stubbornness, mistrust, hardness, avarice, and violence do not belong among the favorable conditions without which any great growth even of virtue is scarcely possible.

Why? Because no one is able to produce a great work of art without experience, nor achieve a worldly position immediately, nor be a great lover at the first attempt; and in the interval between initial failure and subsequent success, in the gap between who we wish one day to be and who we are at present, must come pain, anxiety, envy and humiliation. We suffer because we cannot spontaneously master the ingredients of fulfillment.

Nietzsche was striving to correct the belief that fulfillment must come easily or not at all, a belief ruinous in its effects, for it leads us to withdraw prematurely from challenges that might have been overcome if only we had been prepared for the savagery legitimately demanded by almost everything valuable.

(Or, as F. Scott Fitzgerald put it in his atrociously, delightfully ungrammatical proclamation, “Nothing any good isn’t hard.”)

Nietzsche arrived at this ideas the roundabout way. As a young man, he was heavily influenced by Schopenhauer. At the age of twenty-one, he chanced upon Schopenhauer’s masterwork The World as Will and Representation and later recounted this seminal life turn:

I took it in my hand as something totally unfamiliar and turned the pages. I do not know which demon was whispering to me: ‘Take this book home.’ In any case, it happened, which was contrary to my custom of otherwise never rushing into buying a book. Back at the house I threw myself into the corner of a sofa with my new treasure, and began to let that dynamic, dismal genius work on me. Each line cried out with renunciation, negation, resignation. I was looking into a mirror that reflected the world, life and my own mind with hideous magnificence.

And isn’t that what the greatest books do for us, why we read and write at all? But Nietzsche eventually came to disagree with Schopenhauer’s defeatism and slowly blossomed into his own ideas on the value of difficulty. In an 1876 letter to Cosima Wagner — the second wife of the famed composer Richard Wagner, whom Nietzsche had befriended — he professed, more than a decade after encountering Schopenhauer:

Would you be amazed if I confess something that has gradually come about, but which has more or less suddenly entered my consciousness: a disagreement with Schopenhauer’s teaching? On virtually all general propositions I am not on his side.

This turning point is how Nietzsche arrived at the conviction that hardship is the springboard for happiness and fulfillment. De Botton captures this beautifully:

Because fulfillment is an illusion, the wise must devote themselves to avoiding pain rather than seeking pleasure, living quietly, as Schopenhauer counseled, ‘in a small fireproof room’ — advice that now struck Nietzsche as both timid and untrue, a perverse attempt to dwell, as he was to put it pejoratively several years later, ‘hidden in forests like shy deer.’ Fulfillment was to be reached not by avoiding pain, but by recognizing its role as a natural, inevitable step on the way to reaching anything good.

And this, perhaps, is the reason why nihilism in general, and Nietzsche in particular, has had a recent resurgence in pop culture — the subject of a fantastic recent Radiolab episode. The wise and wonderful Jad Abumrad elegantly captures the allure of such teachings:

All this pop-nihilism around us is not about tearing down power structures or embracing nothingness — it’s just, “Look at me! Look how brave I am!”

Quoting Nietzsche, in other words, is a way for us to signal others that we’re unafraid, that difficulty won’t break us, that adversity will only assure us.

And perhaps there is nothing wrong with that. After all, Viktor Frankl was the opposite of a nihilist, and yet we flock to him for the same reason — to be assured, to be consoled, to feel like we can endure.

The Will to Power remains indispensable and The Consolations of Philosophy is excellent in its totality. Complement them with a lighter serving of Nietzsche — his ten rules for writers, penned in a love letter.