Tanzania Accused of Backtracking over Sale of Masai’s Ancestral Land

Masai told to leave historic homeland by end of the year so it can become a private hunting reserve for the Dubai royal family. 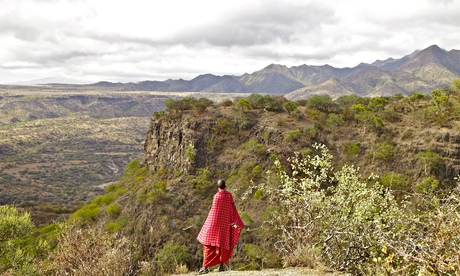 The Tanzanian government has been accused of going back on a deal not to sell Maasai land bordering the Serengeti national park. Photograph: Alamy

Tanzania has been accused of reneging on its promise to 40,000 Masai pastoralists by going ahead with plans to evict them and turn their ancestral land into a reserve for the royal family of Dubai to hunt big game.

Activists celebrated last year when the government said it had backed down over a proposed 1,500 sq km “wildlife corridor” bordering the Serengeti national park that would serve a commercial hunting and safari company based in the United Arab Emirates.

Now the deal appears to be back on and the Masai have been ordered to quit their traditional lands by the end of the year. Masai representatives will meet the prime minister, Mizengo Pinda, in Dodoma on Tuesday to express their anger. They insist the sale of the land would rob them of their heritage and directly or indirectly affect the livelihoods of 80,000 people. The area is crucial for grazing livestock on which the nomadic Masai depend.

Unlike last year, the government is offering compensation of 1 billion shillings (£369,350), not to be paid directly but to be channelled into socio-economic development projects. The Masai have dismissed the offer.

“I feel betrayed,” said Samwel Nangiria, co-ordinator of the local Ngonett civil society group. “One billion is very little and you cannot compare that with land. It’s inherited. Their mothers and grandmothers are buried in that land. There’s nothing you can compare with it.”

Nangiria said he believes the government never truly intended to abandon the scheme in the Loliondo district but was wary of global attention. “They had to pretend they were dropping the agenda to fool the international press.”

He said it had proved difficult to contact the Ortelo Business Corporation (OBC), a luxury safari company set up by a UAE official close to the royal family. The OBC has operated in Loliondo for more than 20 years with clients reportedly including Prince Andrew. 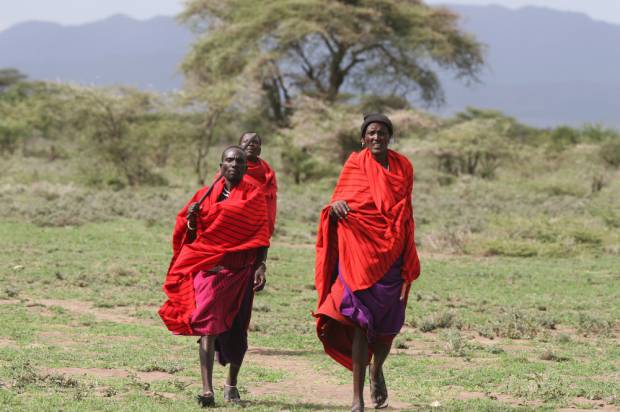 Activists opposing the hunting reserve have been killed by police in the past two years, according to Nangiria, who says he has received threatening calls and text messages. “For me it is dangerous on a personal level. They said: ‘We discovered you are the mastermind, you want to stop the government using the land’. Another said: ‘You have decided to shorten your life. The hands of the government are too long. Put your family ahead of the Masai.’”

Nangiria is undeterred. “I will fight for my community. I’m more energetic than I was. The Masai would like to ask the prime minister about the promise. What happened to the promise? Was it a one-year promise or forever? Perhaps he should put the promise in writing.”

This will be the last time the Masai settle for talks, he added, before pursuing other methods including a court injunction. They could also be an influential voting bloc in next year’s elections.

An international campaign against the hunting reserve was led last year by the online activism site Avaaz.org, whose Stop the Serengeti Sell-off petition attracted more than 1.7 million signatures and led to coordinated email and Twitter protests.

Alex Wilks, campaign director for Avaaz, said: “The Masai stare out from every tourism poster, but Tanzania’s government wants to kick them off their land so foreign royalty can hunt elephants there. Almost two million people around the world have backed the Masai’s call for president Jakaya Kikwete to fulfil his promise to let them stay where they’ve always lived. Treating the Masai as the great unwanted would be a disaster for Tanzania’s reputation.”

A spokesperson for Tanzania’s natural resources and tourism ministry said : “It’s the first I’ve heard of it. I’m currently out of the office and can’t comment properly.”