Alan Lightman and ‘The Accidental Universe’

“If we ever reach the point where we think we thoroughly understand who we are and where we came from,” Carl Sagan wrote in his timeless meditation on science and religion, “we will have failed.” It’s a sentiment that dismisses in one fell Saganesque swoop both the blind dogmatism of religion and the vain certitude of science — a sentiment articulated by some of history’s greatest minds, from Einstein to Ada Lovelace to Isaac Asimov, all the way back Galileo. Yet centuries after Galileo and decades after Sagan, humanity remains profoundly uneasy about reconciling these conflicting frameworks for understanding the universe and our place in it. 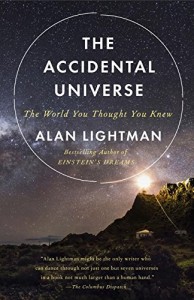 That unanswerable question of where we came from is precisely what physicist Alan Lightman — one of the finest essayists writing today and the very first person to receive dual appointments in science and the humanities at MIT — explores from various angles in The Accidental Universe: The World You Thought You Knew (public library | IndieBound).

At the intersection of science and philosophy, the essays in the book explore the possible existence of multiple universes, multiple space-time continuums, more than three dimensions. Lightman writes:

Science does not reveal the meaning of our existence, but it does draw back some of the veils.

Theoretical physics is the deepest and purest branch of science. It is the outpost of science closest to philosophy, and religion.

In one of the most beautiful essays in the book, titled “The Spiritual Universe,” Lightman explores that intersection of perspectives in making sense of life:

I completely endorse the central doctrine of science. And I do not believe in the existence of a Being who lives beyond matter and energy, even if that Being refrains from entering the fray of the physical world. However, I certainly agree with [scientists who argue] that science is not the only avenue for arriving at knowledge, that there are interesting and vital questions beyond the reach of test tubes and equations. Obviously, vast territories of the arts concern inner experiences that cannot be analyzed by science. The humanities, such as history and philosophy, raise questions that do not have definite or unanimously accepted answers. 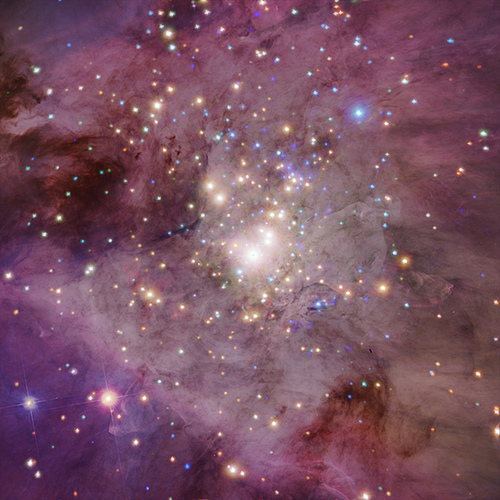 There are things we take on faith, without physical proof and even sometimes without any methodology for proof. We cannot clearly show why the ending of a particular novel haunts us. We cannot prove under what conditions we would sacrifice our own life in order to save the life of our child. We cannot prove whether it is right or wrong to steal in order to feed our family, or even agree on a definition of “right” and “wrong.” We cannot prove the meaning of our life, or whether life has any meaning at all. For these questions, we can gather evidence and debate, but in the end we cannot arrive at any system of analysis akin to the way in which a physicist decides how many seconds it will take a one-foot-long pendulum to make a complete swing. The previous questions are questions of aesthetics, morality, philosophy. These are questions for the arts and the humanities. These are also questions aligned with some of the intangible concerns of traditional religion.

Faith, in its broadest sense, is about far more than belief in the existence of God or the disregard of scientific evidence. Faith is the willingness to give ourselves over, at times, to things we do not fully understand. Faith is the belief in things larger than ourselves. Faith is the ability to honor stillness at some moments and at others to ride the passion and exuberance that is the artistic impulse, the flight of the imagination, the full engagement with this strange and shimmering world.

Dive deeper with Lightman on science and spirituality, our yearning for immortality in a universe of constant change, and how dark energy explains our accidental origins.

Anticopyright: Editorials and articles originated on TMS may be freely reprinted, disseminated, translated and used as background material, provided an acknowledgement and link to the source, TMS: Alan Lightman and ‘The Accidental Universe’, is included. Thank you.