Assange: The Future of the Web Is in Latin America 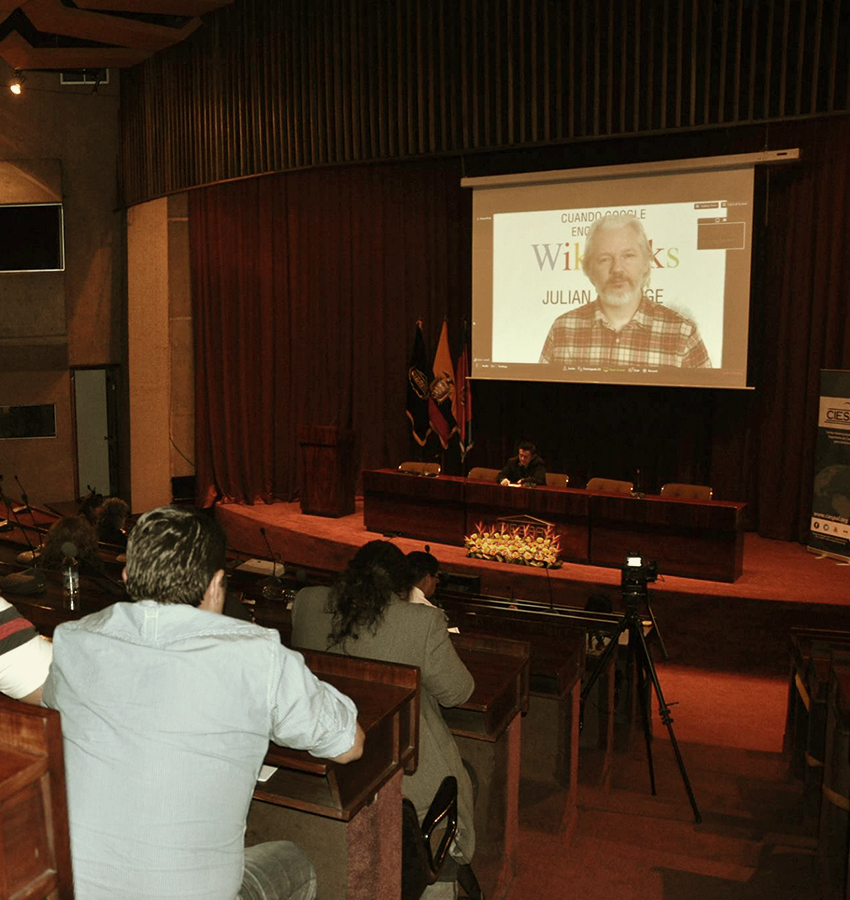 8 Dec 2014 – A new landscape for the Latin America on-line infrastructure was proposed by Julian Assange, hacker, activist, journalist and founder of WikiLeaks .

During the First National Meeting of Internet Governance, held at the International Centre for Advanced Studies for Latin America (CIESPAL) in recent days, Assange, through a videoconference, said the future of the web is in Latin American hands.

However, according to the Australian hacker the continent should empower its actions on the Internet, since about 95% of the data generated by the region pass through servers in the US, which represents, in his words, a risk to security and privacy.

Another cornerstone, Assange said, is the political organization, the Union of South American Nations (UNASUR) which represents a huge opportunity for South America to invests together to strengthen its infrastructure on Internet, and that could mean a game changer.

More and better services for Latin America for example, an alternative to the giant Google, which already sees the potential in emerging markets in the region, would translate into less espionage and, therefore, greater sovereignty, Assange said, also citing examples of good political governance in relation to Internet, like the case of Iceland, the country with more freedom and privacy on the Internet in the planet, according freedomhouse.org.

Assange concluded by reminding that it is important that nations protect their espionage data. USA, he said, intercepts 98% of the world’s communications.

Translated from the original in Spanish.