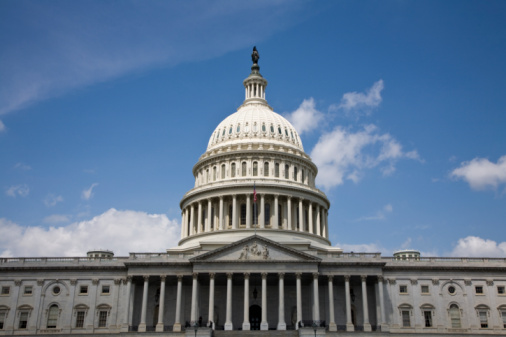 13 Dec 2014 – The banking giant Citigroup announced on Friday that it would move its headquarters from New York to the U.S. Capitol Building, in Washington, D.C., in early 2015.

Tracy Klugian, a spokesperson for Citi, said that the company had leased thirty thousand square feet of prime real estate on the floor of the House of Representatives and would be interviewing “world-class architects” to redesign the space to suit its needs.

According to sources, Citi successfully outbid other firms, including JPMorgan Chase and Goldman Sachs, for the right to move its headquarters to the House floor.

The Citi spokesperson acknowledged that the extensive makeover of the House is expected to cost “in the millions,” but added, “It’s always expensive to open a new branch.”

Explaining the rationale behind the move, Klugian told reporters, “Instead of constantly flying out from New York to give members of Congress their marching orders, Citigroup executives can be right on the floor with them, handing them legislation and telling them how to vote. This is going to result in tremendous cost savings going forward.”

Klugian said that Citi’s chairman, Michael E. O’Neill, will not occupy a corner office on the House floor, preferring instead an “open plan” that will allow him to mingle freely with members of Congress.

“He doesn’t want to come off like he’s their boss,” the spokesperson said. “Basically, he wants to send the message, ‘We’re all on the same team. Let’s roll up our sleeves and get stuff done.’ ”