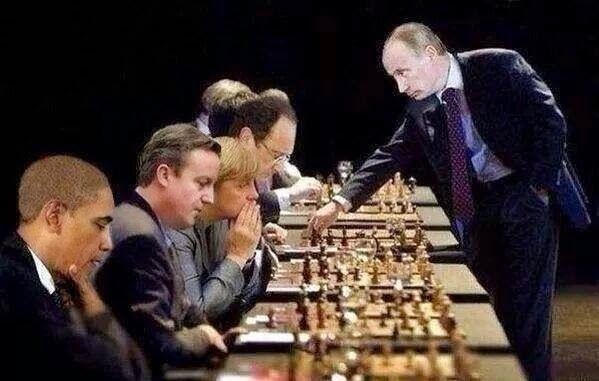 Some people enjoy having the Big Picture laid out in front of them—the biggest possible—on what is happening in the world at large, and I am happy to oblige. The largest development of 2014 is, very broadly, this: the Anglo-imperialists are finally being forced out of Eurasia. How can we tell? Well, here is the Big Picture—the biggest I could find. I found it thanks to Nikolai Starikov and a recent article of his.

Now, let’s first define our terms. By Anglo-imperialists I mean the combination of Britain and the United States. The latter took over for the former as it failed, turning it into a protectorate. Now the latter is failing too, and there are no new up-and-coming Anglo-imperialists to take over for it. But throughout this process their common playbook had remained the same: pseudoliberal pseudocapitalism for the insiders and military domination and economic exploitation for everyone else. Much more specifically, their playbook always called for a certain strategem to be executed whenever their plans to dominate and exploit any given country finally fail. On their way out, they do what they can to compromise and weaken the entity they leave behind, by inflicting a permanently oozing and festering political wound. “Poison all the wells” is the last thing on their pre-departure checklist.

• When the British got tossed out of their American Colonies, they did all they could, using a combination of import preferences and British “soft power,” to bolster the plantation economy of the American South, helping set it up as a sort of anti-United States, and the eventual result was the American Civil War.

• When the British got tossed out of Ireland, they set up Belfast as a sort of anti-Ireland, with much blood shed as a result.

• When the British got tossed out of the Middle East, they set up the State of Israel, then the US made it into its own protectorate, and it has been poisoning regional politics ever since. (Thanks to Kristina for pointing this out in the comments.)

• When the British got tossed out of India, they set up Pakistan, as a sort of anti-India, precipitating a nasty hot war, followed by a frozen conflict over Kashmir.

• When the US lost China to the Communists, they evacuated the Nationalists to Taiwan, and set it up as a sort of anti-China, and even gave it China’s seat at the United Nations.

The goal is always the same: if they can’t have the run of the place, they make sure that nobody else can either, by setting up a conflict scenario that nobody there can ever hope to resolve. And so if you see Anglo-imperialists going out of their way and spending lots of money to poison the political well somewhere in the world, you can be sure that they are on their way out. Simply put, they don’t spend lots of money to set up intractable problems for themselves to solve—it’s always done for the benefit of others. 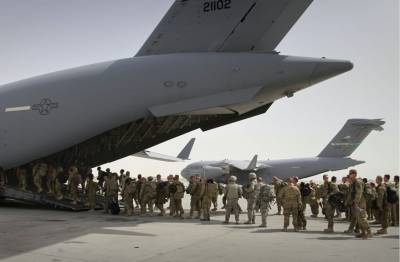 Fast-forward to 2014, and what we saw was the Anglo-imperialist attempt to set up Ukraine as a sort of anti-Russia. They took a Slavic, mostly Russian-speaking country and spent billions (that’s with a “b”) of dollars corrupting its politics to make the Ukrainians hate the Russians. For a good while an average Ukrainian could earn a month’s salary simply by turning up for an anti-Russian demonstration in Kiev, and it was said that nobody in Ukraine goes to protests free of charge; it’s all paid for by the US State Department and associated American NGOs. The result was what we saw this year: a bloody coup, and a civil war marked by numerous atrocities. Ukraine is in the midst of economic collapse with power plants out of coal and lights going off everywhere, while at the same time the Ukrainians are being drafted into the army and indoctrinated to want to go fight against “the Muscovites.”

But, if you notice, things didn’t go quite as planned. First, Russia succeeded in making a nice little example of self-determination in the form of Crimea: if it worked for Kosovo, why can’t it work for Crimea? Oh, the Anglo-imperialist establishment wishes to handle these things on a case-by-case basis, and in this case it doesn’t approve? Well, that would be a double-standard, wouldn’t it? World, please take note: when the West talks about justice and human rights, that’s just noise.

Next, the Russians provided some amount of support, including weapons, volunteers and humanitarian aid, to Ukraine’s eastern provinces of Donetsk and Lugansk, which declared themselves People’s Republics and successfully fought Ukraine’s so-called “anti-terrorist operation” to a stalemate and an imperfect, precarious cease-fire. Very significantly, Russia absolutely refused to get involved militarily, has withheld official recognition of these republics, has refused to consider breaking up Ukraine, and continues to insist on national dialogue and a peace process even as the bullets fly. According to Putin, Ukraine must be maintained as “a contiguous political space.” Thus, the Russians have responded to the Anglo-imperialists’ setting up of an anti-Russia in the form of Ukraine by setting up an anti-Ukraine in the form of DPR and LPR, thereby shunting the Anglo-imperialist attempt to provoke a war between Ukraine and Russia into a civil war within Ukraine.

You might also notice that the Anglo-imperialists have been getting very, very angry. They have been doing everything they can to vilify Russia, comparing Putin to Hitler and so on. This is because for them it’s all about the money, and they didn’t get what they paid for. What the Anglo-imperialists were paying for in corrupting Ukraine’s politics was a ring-side seat at a fight between Ukraine and Russia. And what they got instead is a two-legged stool at a bar-room brawl between Eastern and Western Ukraine. Eastern Ukraine accounts for a quarter of the Ukrainian economy, produces most of the coal that had formerly kept the lights on in the rest of the country, and contains most of the industry that had made Ukraine an industrialized nation. Western Ukraine is centered on the unhappy little rump of Galicia, where the political soil is so fertile for growing neo-Nazis. So, paying billions to watch a bunch of Ukrainians fight each other inconclusively while Russia gets to play peacemaker is not what the Anglo-imperialists wanted, and they are absolutely livid about it. If they don’t get the war they paid for PDQ, they will simply cut their losses, pack up and leave, and then do what they always do, which is pretend that the country in question doesn’t exist, which, the way things are going in the Ukraine, it barely will.

Note that leaving, and then pretending that a place doesn’t exist, is something the Anglo-imperialists have been doing a lot lately. When they left Iraq, they did succeed in setting up a sort of anti-Iraq in the form of Iraqi Kurdistan, but that all blew up in their face. Their attempts to set up an anti-Syria or an anti-Libya died in their infancy, and they don’t seem to have any plan at all with regard to Afghanistan, unless it is to repeat every single blunder the Soviets made there as carefully and completely as possible.

What’s more, it’s starting to look like they are about to get kicked out of Eurasia altogether. Most of the major Eurasian players—China, Russia, India, Iran, much of Central Asia—are cementing their ties around the Shanghai Cooperation Organization, to which the United States isn’t even admitted as an observer. As for the European Union, the current crop of EU politicians is very much bought and will be paid for upon retirement by the Anglo-imperialists, but the only reason they are still in power is that there are lots of older voters in Western Europe, and older people tend to cling to what they know even after it stops working—for them or, especially, for their kids. If it was up to the young people, the Anglo-imperialists would face open rebellion. In fact, the trends in voting patterns show that their departure from the region is a matter of time.

Here is a preview of possible coming attractions. On their way out, the Anglo-imperialists will of course try to set up an anti-Europe, and the obvious choice for that is Britain. Of all the European nations, it is the most heavily manipulated by their Anglo cousins from across the pond. It would take minimal effort for them to hurt Britain economically, then launch a propaganda campaign to redirect the blame for the bad economy toward the continent. They wouldn’t even have to hire translators for their propaganda—a simple “spelling-chequer” (or whatever) would suffice. And so, to make sure that their efforts to provoke a large-scale, hugely destructive, festering conflict between Britain and Europe fail, Europe would do well to set up an anti-Britain within Britain.

And the obvious choice for an anti-Britain is of course Scotland, where the recent independence referendum failed because of… the recalcitrance of older voters. A dividing line between the Anglo empire and Eurasia running through the English Channel/La Manche would be a disaster for Europe and moving it somewhere west of Bermuda would pose a formidable challenge. On the other hand, suppose that line ran along Hadrian’s Wall, with the traditionally combative and ornery Scots, armed with the remnants of North Sea oil and gas, aligning themselves with the Continent, while England remains an ever-so-obedient vassal of the Anglo-imperialists? That would reduce the intercontinental conflict to what Americans like to call a “pissing contest”: not worth the high price of admission. Yes, there would be some strong words between the two sides, and some shoving and shouting outside of pubs, and even some black eyes and loose teeth should diplomacy fail, but that should be the extent of the damage. That I see as the best-case outcome.

So that’s the big picture I see heading into 2015, which I am sure will be a most tumultuous year. Not to make a prediction as to timing (don’t worry, you won’t ever get one out of me!) but 2015 could be the year the Anglo-imperialist franchise finally starts shutting down in obvious ways. We know it will have to shut down eventually, because failing all the time is not conducive to its survival. The bonus question is, what sort of anti-America will these parasites set up inside America before they abandon their host and scatter to their fortified compounds in undisclosed locations around the world? Or will they not even bother, and just provoke a war of all against all?

I would think that they would at least try to leverage their expensively engineered red/blue divide within the United States. This fake cultural/political divide, with all the pseudoliberal/pseudoconservative indoctrination and university- and church-based brainwashing that put it in place, cost them a pretty penny. It was engineered to produce the appearance of choice at election-time while making sure that there isn’t any. But could it not be pressed into service in some more extreme manner? How about leveraging it to organize some sort of rabidly homophobic racist fundamentalist separatist enclave somewhere down south? Or perhaps one somewhere in the north, where zoophilia is de rigeur while heterosexual intercourse requires a special permit from a committee stocked with graduates in women’s studies? Now, fight, you idiots! Don’t you see how well that could work in practice? Would they waste such a nice opportunity to set up a system of controlled mayhem? I think not!

I leave all of that up to you to imagine.

If you want to contact me directly, my address is my first name – dot – my last name, at gmail.com. No spam, please.

4 Responses to “The Imperial Collapse Playbook”