A Pre-History of Boko Haram: The Long Shadow of Usman dan Fodio 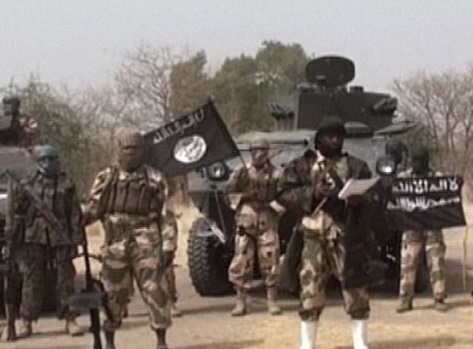 There has been growing concern with the activities of Boko Haram in northeast Nigeria and its spillover into northern Cameroon, Niger, and in the Lake Chad area. There has been a recent conference of the African Union on the issue, and military units from Chad, Cameroon and Niger are linking up with the Nigerian army to counter the growing power of the organization and its possible links with the Islamic State (ISIS) in Iraq-Syria. The practice of forced marriage, the slavery of women and girls, and arbitrary killing – including beheading – has led many to flee the area. This has resulted in a large number of displaced people, often living in difficult situations.

Boko Haram is not the first militant, anti-establishment Islamic movement in northern Nigeria and northern Cameroon. In the early 1980s, an Islamic sect, the Yan Tatsine unleashed an armed insurrection against the Nigerian security forces, especially in the Kano area. The revolts were led (or at least influenced by) a wandering preacher, Mohammed Marwa Maitatsine. Maitatsine was a nickname added to the family name of Marwa. The nickname originated from the Hausa word “tsini” meaning “to damn”. While preaching, he would name his enemies and their lifestyle and end with the phrase ‘Allah ta tsini” (May God damn you), thus the name “the one who damns”. Maitatsine, like Boko Haram, damned all those who enjoyed Western consumer goods, automobiles, radio, watches, and especially Western education, which was an avenue to these goods.

As with Boko Haram, there were ideological, economic and social aspects to the movement as well as reactions to the brutality of the Nigerian army’s efforts to weaken or destroy the movement. In the case of Mohammed Marwa, his control of territory was largely limited to the city of Kano, and he was killed by Nigerian security forces relatively quickly after the start of the armed attacks of his movement. However, the socio-economic conditions which led to the rise of his movement have continued and have produced smaller and less violent currents until the creation around 2002 of Boko Haram, first as a sect closed in on itself in an isolated area of Borno State in northeast Nigeria, and then for the last four years as an armed insurgency holding an ever-larger territory − or at least creating insecurity in ever larger areas.

For the current leader of Boko Haram, Abubaka Shekau, as well as for others in the movement, Usman dan Fodio (also written as Usuman) and his 1804-1808 jihad is the model to be followed. Although radically different in many ways, Boko Haram is part of the long shadow of Usman dan Fodio and the creation of the Sokoto Caliphate, the largest state in West Africa in the nineteenth century. Toyin Falola describes the background to the jihad:

“The background to the jihad was a crisis in the Hausa states and Islamic leaders’ resort to Islam to reform society. During the eighteenth century, Hausa society witnessed conflicts between one state and another, between Muslims and non-Muslims, between rich and poor. The states were heterogeneous and highly developed with established kingships, talented Islamic scholars and jurists. Succession disputes were endemic while ambition for political domination was common. Gofir state in the northwest emerged as a dominant power, but not without costly and ruthless wars. Merchants and kings grew wealthy, and their ostentatious living displeased the poor and devout Muslims. Methods of wealth accumulation involved corruption and unjust treatment of the poor. Taxes and levies could be excessive, demand for free labor ruinous, enslavement was common and conscription for military service was indiscriminate. The practice of Islam was not always strict: many were Muslims only in name, traditional religion was synthesized with Islam in a way that displeased devout preachers and only a small minority committed itself to spreading the religion”. (1)

Dan Fodio (1754-1817) was a Peul (plu. Fulani) and thus a member of a minority within the largely Hausa area. However, the Fulani are found throughout West Africa. Prior to 1800, there had been a gradual influx of Fulani into northern Nigeria, a migration which had spread over several centuries and which involved people who were ethnically and linguistically distinct from the Hausa. During the earlier migratory phases, they were largely pastoral herdsmen but increasingly they settled in Hausa towns.

As an educated Peul, dan Fodio felt excluded from political power as did other Fulani. The jihad and the distribution of power that followed led to the Sokoto Caliphate − a sort of unified theocracy. Old Hausa dynasties were replaced by new local leaders, mainly Fulani emirs. The caliphate was headed by a sultan, based in Sokoto, while local emirates were governed by an emir. The appointment of each emir had to be ratified by the sultan. Thus was created a Fulani-Hausa political area with elements still in place today.

Dan Fodio, often referred to as Shehu, was an educated preacher who gathered around him students who became the core of his jihad army. Dan Fodio knew the history of Islam and wanted to recreate the Muslim community of the time of the first four Caliphs, thought of as the ‘Golden Age of Islam’. He thus broke down the existing Hausa state system of some 15 separate states into a loosely organized Fulani-Hausa confederation of some 30 emirates with loyalty beyond the clan and the traditional ruler within the embrace of a common religion.

Two features tended to characterize the emirate system. First, there was virtually no distinction between religious and political authority. The emir possessed both. Second, politics was conducted in an essentially despotic fashion. The common man was subservient to the emir and was dependent on his benevolence. The Fulani jihad fell short of establishing the just Islamic theocracy it had purported to create. Many saw the jihad as a road to power rather than to the purity of religious practice.

Boko Harma has kept the use of flags and flag bearers from dan Fodio’s jihad as well as the arbitrary killing and indiscriminate marauding. In Boko Harma, there seem to be few Islamic scholars in their ranks, but there do seem to be some who have been to Islamic schools. The future from today is very uncertain. It is unlikely that there is a “military answer.” Changes in socio-economic conditions are likely to take a long time. From a distance, it is difficult to see how good faith negotiations can be carried out between governments and Boko Haram. Long shadows can last for centuries, but we must keep trying to see how negotiations can be carried out and if non-governmental organizations can play an intermediary role.

Anticopyright: Editorials and articles originated on TMS may be freely reprinted, disseminated, translated and used as background material, provided an acknowledgement and link to the source, TMS: A Pre-History of Boko Haram: The Long Shadow of Usman dan Fodio, is included. Thank you.

One Response to “A Pre-History of Boko Haram: The Long Shadow of Usman dan Fodio”