Sensors at the Fukushima nuclear plant have detected a fresh leak of highly radioactive water to the sea, the plant’s operator announced on Sunday [22 Feb 2015], highlighting difficulties in decommissioning the crippled plant.

Tokyo Electric Power Co (TEPCO) said the sensors, which were rigged to a gutter that pours rain and ground water at the Fukushima Daiichi plant to a nearby bay, detected contamination levels up to 70 times greater than the already-high radioactive status seen at the plant campus. 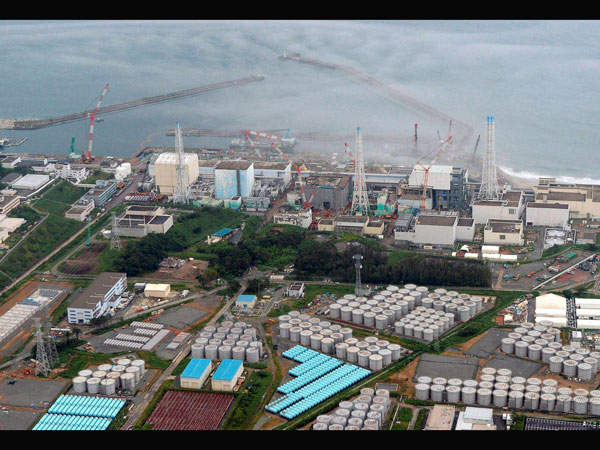 TEPCO said its emergency inspections of tanks storing nuclear waste water did not find any additional abnormalities, but the firm said it shut the gutter to prevent radioactive water from going into the Pacific Ocean. The higher-than-normal levels of contamination were detected at around 10 am (local time), with sensors showing radiation levels 50 to 70 times greater than usual, TEPCO said.

It was not immediately clear what caused the original spike of the contamination and its gradual fall, he added. “With emergency surveys of the plant and monitoring of other sensors, we have no reason to believe tanks storing radioactive waste water have leaked,” he told AFP.

“We have shut the gutter (from pouring water to the bay). We are currently monitoring the sensors at the gutter and seeing the trend,” he said.

The latest incident, one of several that have plagued the plant in recent months, reflects the difficulty in controlling and decommissioning the plant, which went through meltdowns and explosions after being battered by a giant tsunami in March 2011, sparking the world’s worst nuclear disaster in a generation.

TEPCO has not been able to effectively deal with an increasing amount of contaminated water, used to cool the crippled reactors and molten fuels inside them and kept in large storage tanks on the plant’s vast campus. Adding to TEPCO’s headaches has been the persistent flow of groundwater from nearby mountains travelling under the contaminated plant before washing to the Pacific Ocean.

The International Atomic Energy Agency recently said that TEPCO has made “significant progress” in cleaning up the plant, but suggested that Japan should consider ways to discharge treated waste water into the sea as a relatively safer way to deal with the radioactive water crisis.