Is the India Nuclear Agreement Really the ‘Breakthrough’ Obama Promised? 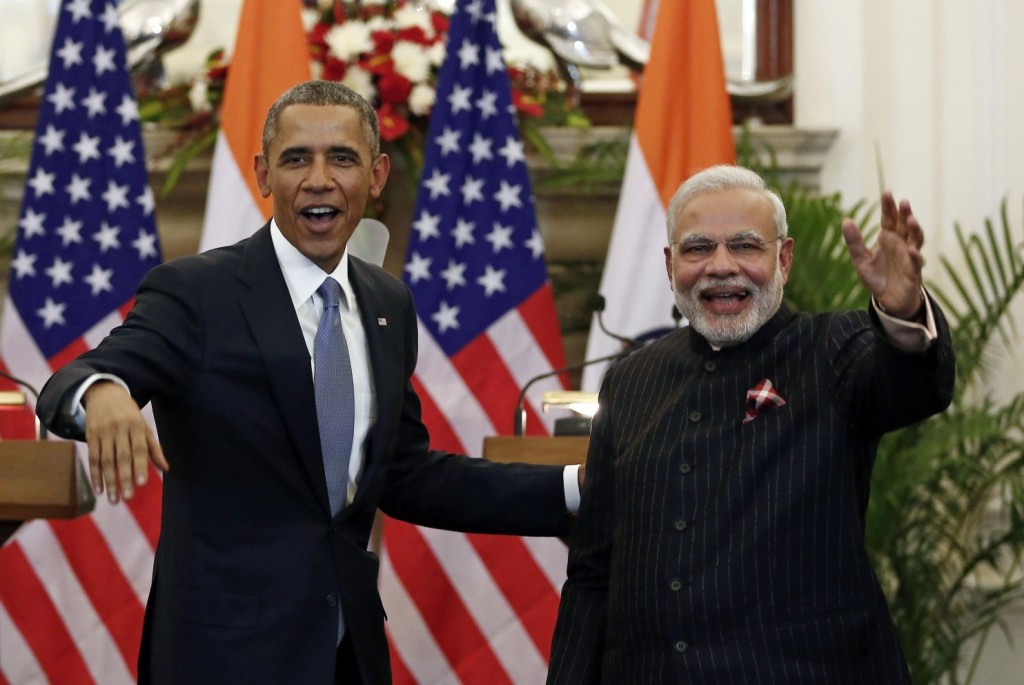 4 Feb 2015 – President Obama stood alongside Prime Minister Narendra Modi in India’s capital just days ago and announced a “breakthrough understanding” that the two countries hoped would pave the way for U.S. firms to sell nuclear reactors to India.

But analysts and experts familiar with the negotiations say that the legal issues remain so complex that private U.S. companies may continue to shy away from new deals in India, despite the developing country’s fast-growing and dire power needs.

So far, the details of the agreement have been sketchy at best, although the Indian government was expected to release more details Thursday. On Wednesday, however, officials in India cited three key elements of the agreement: the establishment of an insurance pool to cover nuclear operators and suppliers for up to $250 million in damages; a nonbinding legal memorandum asserting that Indian liability law is consistent with international norms; and a new system of reporting on the status of nuclear fuel and other materials supplied by the United States.

“We’ve been characterizing it as a breakthrough or breakthrough understanding,” a senior U.S. administration official said Tuesday. But, said the official, who spoke on the condition of anonymity, “it is not a signed piece of paper, but a process that led us to a better understanding of how we might move forward.”

The talks around Obama’s visit were designed to remove some stubborn obstacles to the sale of U.S. nuclear reactors and fuel to India, sales that were cut off after India exploded a nuclear device in 1974 and tested nuclear weapons in 1998.

In the waning days of the presidency of George W. Bush, amid warming relations, the United States finalized a landmark civilian nuclear agreement with India. The deal was intended to open an era of cooperation between the countries after years of sanctions and to create thousands of jobs for American workers.

But the new cooperation failed to materialize. In 2010, the Indian Parliament passed a strict liability law that angered many in Washington and effectively stalled efforts by companies such as Toshiba’s Westinghouse Electric and GE Hitachi Nuclear Energy to sell materials or partner to build nuclear power plants in India.

Aides say Modi and Obama — who met in Washington in October and again at the Group of 20 summit in Australia in November — wanted to move beyond the gridlock. Negotiators met formally in New Delhi, Vienna and London in the following months and were frantically trying to forge a deal even as Obama landed in the Indian capital Jan. 25.

The talks focused on two key issues. The first was whether victims of a catastrophe could sue in Indian courts and win unlimited sums, as permitted under India’s 2010 legislation. The other main concern involved coming up with a way of keeping track of U.S. nuclear fuel sold to India to make sure it is not put to military use.

On the liability front, Indian officials said that they will create an insurance pool to cover $250 million in damages in the event of a major accident and that the government will cover $200 million more. The country also plans to align itself with the Vienna Convention on Supplementary Compensation for Nuclear Damage, a global pact that places liability on operators of nuclear plants.

Analysts say the real test will be whether the two U.S.-Japanese companies sign commercial contracts with the Nuclear Power Corporation of India.

Jonathan Allen, a spokesman for GE Hitachi Nuclear Energy, said in a statement that GE Hitachi looks forward “to reviewing the governmental agreement.”

The key issue will be whether the conflict between international and Indian law can be waved away by a memorandum from India’s attorney general. The memorandum would have to say that the 2010 liability law “doesn’t mean what it says,” said a Washington lawyer familiar with the issues, speaking on the condition of anonymity to protect his professional relationships.

A second obstacle has been the requirement in the Hyde Act of 2006 that the Indian government and an independent auditor annually provide information about the form, amounts and location of any uranium supplied to India to make sure it is not diverted for military use.

Obama officials said that the two sides came up with a tracking system specific to India that will rely heavily on a series of information exchanges, as well as some information that would come from the International Atomic Energy Agency, which monitors some of India’s nuclear plants.

The senior Obama administration official said officials were “satisfied” and confident they would “be able to comply with” U.S. legal requirements.

But India is a special case — and nonproliferation experts have special concerns about it. India’s first nuclear reactor dates to 1956; the country has 21 reactors at seven power plant sites.

Members of Congress will want to be sure that India cannot skirt the Bush-era legislation and did not simply wear down American negotiators to achieve the present agreement.

“To get this contentious issue off the table, the Administration simply signed off on the same measures taken by India that the Administration had previously said were unacceptable,” House Foreign Affairs Committee Chairman Edward R. Royce (R-Calif.) said in a statement.

Even if the thorny details of the liability question are worked out — a big “if,” analysts say — American companies still face the political realities of India. Although the government concedes that nuclear power must remain part of the country’s energy mix, particularly to counter rising greenhouse gas emissions, nuclear power plants remain unpopular with local residents, and acquiring land to build plants can take years.

In the end, said M.K. Bhadrakumar, a former Indian ambassador who is now an analyst, the “breakthrough” touted by Obama and Modi may end up being more of a diplomatic success than a commercial breakthrough.

“It was a sensible thing, because the next time Modi meets Obama, they don’t have to talk about something they are not going to resolve,” Bhadrakumar said. “They set it aside. It was creating bad air.”

Annie Gowen is The Post’s India bureau chief and has reported for the Post throughout South Asia and the Middle East.

Steven Mufson covers the White House. Since joining The Post, he has covered economics, China, foreign policy and energy.