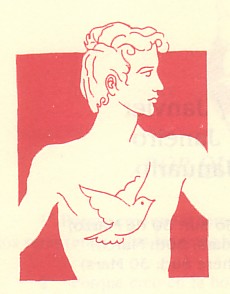 The School Day of Nonviolence and Peace (or DENIP, acronym from Catalan-Balearic: Dia Escolar de la No-violència i la Pau), is an observance created by the Spanish poet Llorenç Vidal Vidal in Majorca in 1964 as a starting point and support for a pacifying and nonviolent education on a permanent basis.

Different as the first proposed by the UNESCO “Armistice Day” in 1948, the “School Day of Nonviolence and Peace” is observed on January 30 every year, on the anniversary of the assassination of Mahatma Gandhi, in schools all over the world. In countries with a Southern Hemisphere school calendar, it can be observed on 30 March. Its basic and permanent message is:

DENIP and the World Association of Early Childhood Educators collaborate to celebrate this event in schools worldwide. Former Director-General of UNESCO, Federico Mayor Zaragoza, has been promoting for decades the School Day of Nonviolence and Peace, saying: “We cannot achieve a sustainable development without a culture of peace.”

Anticopyright: Editorials and articles originated on TMS may be freely reprinted, disseminated, translated and used as background material, provided an acknowledgement and link to the source, TMS: School Day of Nonviolence and Peace – 30 January, is included. Thank you.

One Response to “School Day of Nonviolence and Peace – 30 January”