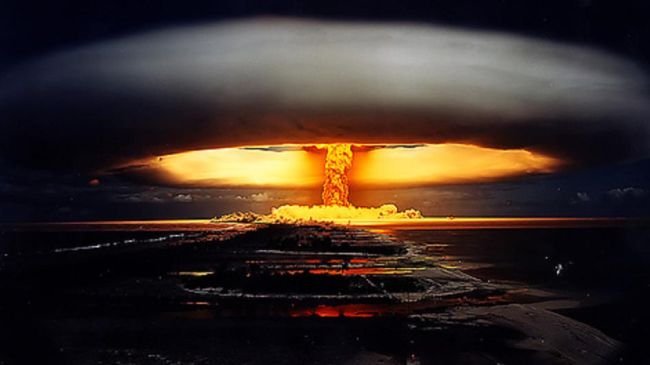 The islands were alive
with the red-orange fire of sunset
splashed on a billowy sky.

The islanders lived simple lives
close to the edge of the ocean planet
reaching out to infinity.

The days were bright and the nights
calm in this happy archipelago
until the colonizers came.

These were sequentially the Spanish,
Germans, Japanese and then, worst of all,
the United States.

The U.S. came as trustee
bearing its new bombs, eager to test them
in this beautiful barefoot Eden.

The islanders were trusting,
even when the bombs began exploding
and the white ash fell like snow.

The children played
in the ash as it floated down on them,
covering them in poison.

The rest is a tale of loss
and suffering by the islanders, of madness
by the people of the bomb.

David Krieger is President of the Nuclear Age Peace Foundation and a member of the TRANSCEND Network for Peace, Development and Environment.

Anticopyright: Editorials and articles originated on TMS may be freely reprinted, disseminated, translated and used as background material, provided an acknowledgement and link to the source, TMS: Testing Nuclear Weapons in the Marshall Islands, is included. Thank you.