Governor of Japan’s Okinawa to Press U.S. for Removal of Base 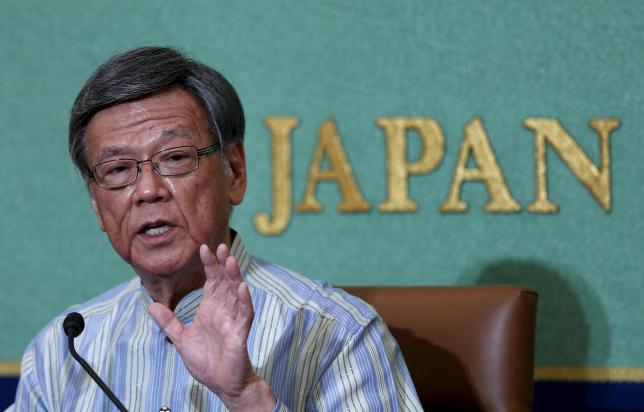 Okinawa Governor Takeshi Onaga speaks during a news conference on the transfer of a key U.S. military base within the prefecture at the Japan National Press Club in Tokyo May 20, 2015.
Reuters/Yuya Shino

The governor of the Japanese island of Okinawa said on Wednesday [20 May 2015] he will travel to the United States next week to press his demand that a U.S. military base be removed from his island to lighten the burden of a people weary of hosting U.S. troops.

Residents of the southern island have long resented the fact that they not only suffered a devastating land battle during World War Two but also host tens of thousands of U.S. troops and U.S. military facilities on 18 percent of their island’s area.

Takeshi Onaga, who won election last year as Okinawa governor largely on his stand against U.S. bases, has accused Prime Minister Shinzo Abe of looking down on the island and its people.

Onaga and many Okinawans have rejected a proposal to move the U.S. Marines’ Futenma base to another location on the island, instead insisting that it move off altogether.

He told a news conference in Tokyo that he would tell those he meets in Washington that ignoring the wishes of the Okinawan people would harm the reputation of both countries – especially in Asia, where their alliance is seen as a counter to the growing influence of China.

“Unless we make the alliance something with dignity and pride, with both Japan and America deserving of respect, I don’t believe that the economy in Asia will grow more stable,” Onaga said.

“If this issue is dragged out a lot more it’ll affect Japan’s dignity,” he said. “A country that wants to be a leader of Asia, a leader of the world … well, if they can’t protect human rights, equality and democracy for their own people, I don’t think they can really be a leader.”

The United States and Japan agreed in 1996 to close the Futenma base, located in a populous part of the island.

But plans to move it to a new site have stalled in the face of opposition from residents, many of whom associate U.S. bases with noise, pollution and crime. 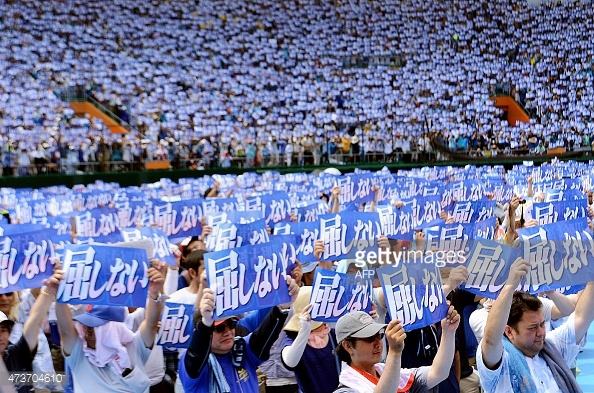 Some 35,000 Okinawans gathered on the weekend to protest against the move of the base to land to be reclaimed near the town of Henoko in the north of Okinawa, saying it should be moved off the island.

Anger has risen since the fatal crash of a U.S. tilt-rotor Osprey aircraft in Hawaii on Sunday. The Ospreys, loathed for their noise, are set to be deployed at the Henoko base.

One Response to “Governor of Japan’s Okinawa to Press U.S. for Removal of Base”