[Banks] Getting Away with Murder

When asked what the banks have learned from the 2008 financial meltdown, Susan Georges instant reaction is: ‘That they can get away with murder.’ 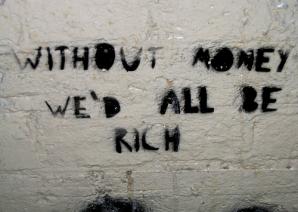 21 May 2015 – Hope springing eternal, I didn’t believe that the banks could emerge from the 2007-08 crisis far stronger than before, especially in political terms. Yes, some have paid staggering fines to governments – a total of $178 billion for the US and European banks – but they now consider such outlays as mere ‘costs of doing business’. None of the industry hotshots has spent so much as a night in prison or been fined personally.

Although we have not yet fully escaped from the aftershocks of 2007-08, a scenario for the next crisis is already being written both by politicians and the bankers themselves. Mathematicians have demonstrated the dense, interconnected web of world financial actors in which the failure of one could trigger the collapse of all. They have put us on a knife-edge and we have good reasons to be pessimistic:

Most people don’t realize that the huge ‘loans’ from the Troika (the European Commission, European Central Bank and International Monetary Fund) to Greece from 2010-12 were not intended to ‘help the Greeks’, but to reroute the money to banks that had bought Greek bonds. Why buy those? Good question: because they were labelled in euros, but paid slightly higher interest than, say, German bonds, also labelled in euros.

The Troika’s job is thus to make sure the banks get their money back, while attaching drastic austerity conditions to these indirect bailout schemes. The banks may still lose a little on their investments in southern or peripheral European countries, but not nearly as much as they would without the Troika-driven revolving door.

The people, who had nothing to do with creating the crisis in the first place, must suffer. Whereas mounting hunger, hospital and school closures, violence, and the migration of young people are to some extent measurable, the real consequences for innumerable, blameless human beings cannot be quantified. When I said the banks have learned they can get away with murder, it was not just a rhetorical device…

And so arrives the moment when the reader says, ‘Yes, but what can we do?’ Most of the answers are known and many of them consist in doing the opposite of what is briefly recounted above. Separate the banks, tax financial transactions, outlaw the outlaw tax jurisdictions, tell Luxembourg to dismantle its Corporate Protectorate, refuse to sign the Transatlantic Trade and Investment Partnership (TTIP).

Change the rules of the European Central Bank (ECB), which does not lend to countries, only to private banks. The latter borrow from the ECB at less than one per cent and can then lend to countries at whatever interest rate the traffic will bear, often more than six per cent – just another gift to the banking sector. The ECB should instead lend directly to countries at one per cent or less. We should have joint euro-bonds.

Austerity policies must be thrown out because they don’t work, in human or in economic terms. Northern Europeans don’t understand this: the German for debt is Schuld, which also means sin, or fault – but the continuing crisis isn’t a morality play. We need less breast-beating (of other people’s breasts) and more smart economics. As one German economist writing in the Financial Times put it: ‘There are two kinds of German economists: those who haven’t read Keynes and those who haven’t understood Keynes.’

Remember first of all that sovereign debt isn’t at all like the debt of a family. Throughout history, in fact, most sovereign debt has been forgiven, but in any case, as US economist and academic Paul Krugman says, ‘keep your eye on the flows, not the stocks’.

So long as countries continue to make their interest payments, they can stay indebted forever. Nations do not disappear. Greece, for example, has a budget surplus if interest payments are subtracted and interest at one per cent is payable. Greece should also slash its military budget, tax the Church – which is the largest land and property owner – and, as the governing Syriza Party says, ‘Go after the oligarchy.’

If the next crisis really comes to pass, it will be huge and deadly dangerous for ordinary people, who could lose their savings, insurance, pensions and more. I’m not suggesting 1950s-style bomb-shelters, hoarding and a revolver for every home, but it wouldn’t hurt to develop right now more resilient social systems and a far greater degree of self-reliance. People are good at working more co-operatively and do so instinctively – or out of necessity – when confronted with an economic meltdown, like the Argentinians 15 years ago or the Greeks today. They organize soup kitchens, community gardens, volunteer health clinics, childcare, alternative currency systems, housing arrangements and more.

Above all, we need to confront the deadly neoliberal ideology that has polluted thought and action while allowing the banks to get away with murder.

Susan George is one of TNI‘s most renowned fellows for her long-term and ground-breaking analysis of global issues. How to win the Class War – The Lugano Report II is the newest of her sixteen widely translated books. She describes her work in a cogent way that has come to define TNI: “The job of the responsible social scientist is first to uncover these forces [of wealth, power and control], to write about them clearly, without jargon… and finally…to take an advocacy position in favour of the disadvantaged, the underdogs, the victims of injustice.”

One Response to “[Banks] Getting Away with Murder”