Failure of the US Coup d’État in Macedonia

23 May 2015 – Macedonia has just neutralised an armed group whose sponsors had been under surveillance for at least eight months. By doing so, it has prevented a new attempt at a coup d’État, planned by Washington for the 17th of May. The aim was to spread the chaos already infecting Ukraine into Macedonia in order to stall the passage of a Russian gas pipeline to the European Union. 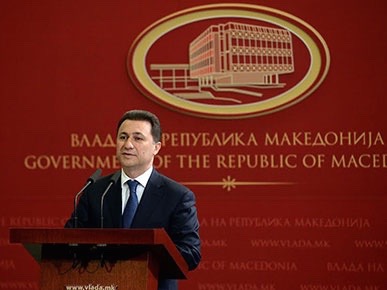 The Macedonian Prime Minister, Nikola Gruevski, announces the end of the assault against the terrorists.

On the 9th of May, 2015, the Macedonian police launched a dawn operation to arrest an armed group which had infiltrated the country and which was suspected of preparing a number of attacks.

The police evacuated the civilian population before launching the assault. The suspects opened fire, which led to a bitter firefight, leaving 14 terrorists and 8 members of the police forces dead. 30 people were taken prisoner. There were a large number of wounded

Not A Terrorist Act, but an Attempted Coup d’État

The Macedonian police were clearly well-informed before they launched their operation. According to the Minister for the Interior, Ivo Kotevski, the group was preparing a very important operation for the 17th May (the date of the demonstration organised by the Albanophone opposition in Skopje).
The identification of the suspects has made it possible to determine that they were almost all ex-members of the UÇK (Kosovo Liberation Army) [1].

The principal leaders of this operation, including Fadil Fejzullahu (killed during the assault), are close to the United States ambassador in Skopje, Paul Wohlers.

Paul Wohlers is the son of US diplomat Lester Wohlers, who played an important part in Atlantist propaganda, and directed the cinematographic service of the U.S. Information Agency. Paul’s brother, Laurence Wohlers, is presently an ambassador in the Central African Republic. Paul Wohlers himself, an ex-Navy pilot, is a specialist in counter-espionage. He was the assistant director of the United States Department of State Operations Center (in other words, the service for the surveillance and protection of diplomats). 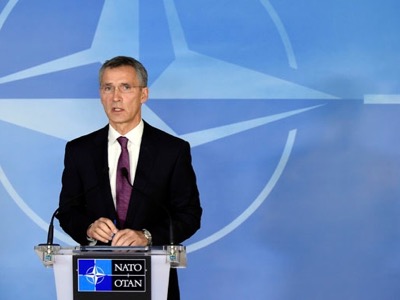 Although Macedonia is not a member of NATO, Jens Stoltenberg was « following » the police operation in Kumanovo.

To eliminate any doubt about the identity of the operation’s sponsors, the General Secretary of NATO, Jens Stoltenberg, intervened even before the assault was over – not to declare his condemnation of terrorism and his support for the constitutional government of Macedonia, but to paint a picture of the terrorist group as a legitimate ethnic opposition : « I am following the events in Kumanovo with deep concern. I would like to express my sympathy to the families of those who were killed or wounded. It is important that all polititcal and community leaders work together to restore order and begin a transparent investigation in order to find out what happened. I am calling for everyone to show reserve and avoid any new escalation of violence, in the intersts of the nation and also the whole region. » You would have to be blind not to understand.

In January 2015, Macedonia foiled an attempted coup d’état organised for the head of the opposition, the social-democrat Zoran Zaev. Four people were arrested, and Mr. Zaev had his passport confiscated, while the Atlantist press began its denunciation of an « authoritarian drift by the régime ».

Zoran Zaev is publicly supported by the embassies of the United States, the United Kingdom, Germany and Holland. But the only trace left of this attempted coup d’état indicates the responsibility of the US.

On the 17th May, Zoran Zaev’s social-democrat party (SDSM) [2] was supposed to organise a demonstration. It intended to distribute 2,000 masks in order to prevent the police from identifying the terrorists taking part in the march. During the demonstration, the armed group, concealed behind their masks, were supposed to attack several institutions and launch a pseudo-« revolution » comparable to the events in Maidan Square, Kiev.

This coup d’État was coordinated by Mile Zechevich, an ex-employee of one of George Soros’ foundations. In order to understand Washington’s urgency to overthrow the Macedonian government, we have to go back and look at the gas pipeline war. Because international politics is a huge chess-board on which every move by any piece causes consequences for all the others. 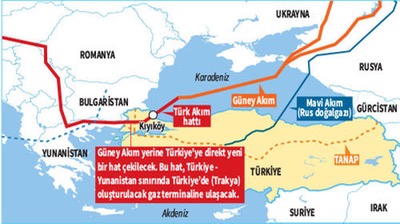 The gas pipieline Turkish Stream was intended to pass through Turkey, Greece, Macedonia and Serbia in order to supply the European Union with Russian gas. On the initiative of Hungarian President Viktor Orbán, the Ministers for Foreign Affairs of each of the countries concerned met on the 7th April in Budapest to coordinate their position facing the United States and the European Union.

The United States have been attempting to sever communications between Russia and the European Union since 2007. They managed to sabotage the projet South Stream by obliging Bulgaria to cancel its participation, but on the 1st December 2014, to everyone’s surprise, Russian President Vladimir Putin launched a new project when he succeeded in convincing his Turkish opposite number, Recep Tayyip Erdoğan, to sign an agreement with him, despite the fact that Turkey is a member of NATO [3]. It was agreed that Moscow would deliver gas to Ankara, and that in return, Ankara would deliver gas to the European Union, thus bypassing the anti-Russian embargo by Brussels. On the 18th of April 2015, the new Greek Prime Minister, Alexis Tsípras, gave his agreement that the pipeline could cross his country [4] . As for Macedonian Prime Minister Nikola Gruevski, he had already conluded discrete negotiations last March [5]. Finally, Serbia, which had been a partner in the South Stream project, indicated to the Russian Minister for Energy Aleksandar Novak, during his reception in Belgrade in April, that Serbia was ready to switch to the Turkish Stream project [6].

To halt the Russian project, Washington has multiplied its initiatives :    in Turkey, it is supporting the CHP against President Erdoğan, hoping this will cause him to lose the elections;    in Greece, on the 8th May, it sent Amos Hochstein, Directeur of the Bureau of Energy Ressources, to demand that the Tsípras government give up its agreement with Gazprom;    it plans – just in case – to block the route of the pipeline by placing one of its puppets in power in Macedonia;    and in Serbia, it has restarted the project for the secession of the small piece of territory – Voïvodine – which allows the junction with Hungary [7].

Last comment, but not the least: Turkish Stream will also supply Hungary and Austria, thus ending the alternative project negotiated by the United States with President Hassan Rohani (against the advice of the Revolutionary Guards) for supplying them with Iranian gas [8].

Thierry Meyssan is a French intellectual, founder and chairman of Voltaire Network and the Axis for Peace Conference. His columns specializing in international relations feature in daily newspapers and weekly magazines in Arabic, Spanish and Russian. His last two books published in English : 9/11 the Big Lie and Pentagate.