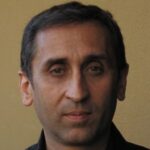 11 Jan 2022 – The events that have been unfolding for the past week in Kazakhstan are the fifth part of a plan by the RAND Corporation, the sixth of which will take place in Transnistria. The four previous episodes took place over the last two years in Ukraine, Syria, Belarus and Nagorno-Karabakh. The aim is to weaken Russia by forcing it to over-deploy. 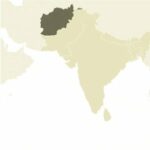 In covering the fall of Kabul, the Western media are mindlessly repeating seven lies of Western propaganda. By misrepresenting the history of Afghanistan, they mask the crimes committed in that country and make it impossible to foresee the fate that Washington has written for it.

In only a few months, the content of the Western national and international media has undergone profound change. We are witnessing the birth of an Entente about which we know almost nothing – neither the real initiators, nor the real objectives – but whose direct anti-democratic consequences can be noticed immediately.

23 May 2015 – Macedonia has just neutralised an armed group whose sponsors had been under surveillance for at least eight months and has prevented a new attempt at a coup d’État planned by Washington for the 17th of May. The aim was to spread the chaos already infecting Ukraine into Macedonia in order to stall the passage of a Russian gas pipeline to the European Union.

The Blindness of the European Union in the Face of US Military Strategy
Thierry Meyssan, Voltaire Network – TRANSCEND Media Service, 18 May 2015

EU officials are completely wrong regarding Islamist attacks in Europe and the migration to the Union of people fleeing wars. All this is not the accidental consequence of conflict in the broader Middle East and Africa, but a strategic objective of the United States. Chaos is not an accident, it is the goal.

23 Feb 2014 – The power of a state is measured by its ability to defend itself and to attack on one or more fronts. In this context, Washington is trying for the first time to show it can overthrow three governments simultaneously: Syria, Ukraine and Venezuela. If it succeeds, no government would be henceforth able to resist it.

The Turkish people are not protesting against Recip Tayyeb Erdogan’s autocratic style, but against his policies; in other words, against the Muslim Brotherhood, of which he is the mentor. What started on Taksim Square is not a color revolution over a new building project, but an uprising that has spread across the entire country; in short, it is a revolution that calls the “Arab Spring” into question.

Looking back, it appears clear that he [Annan] had envisaged his mission from the future perspective of Assad’s overthrow by force and no longer knew what to do in the face of the military reversals suffered by the Free Syrian Army sponsored by the West. Obviously, the resignation of Annan as special envoy is not only an expression of personal disarray but is part and parcel of the Western campaign to signal “a deadlock within the international community” and cast responsibility on Syria, Russia and China.