The International Atomic Energy Agency report fails to accurately reflect the scale and consequences of the Fukushima disaster. 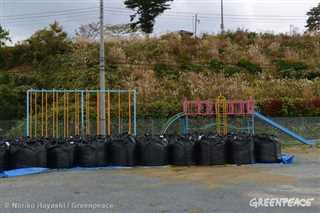 The International Atomic Energy Agency’s Board of Governors meets on June the 8th to discuss its confidential Fukushima-Daiichi Accident Summary Report. The report describes itself as ‘an assessment of the causes and consequences of the accident at the Fukushima Daiichi nuclear power plant in Japan that began on 11 March 2011.’

Yukiya Amano, the IAEA Director General says the report is ‘an authoritative, factual and balanced assessment, addressing the causes and consequences of the accident, as well as lessons learned.’

Yet our experts find it to be full of inaccuracies, uncertainties, and that it fails to address several highly important issues. We’ve sent our findings to Mr Amano.

Here are some examples.

These are just some of our initial findings. There are more to come.

So we see, as we saw in the aftermath of the Chernobyl nuclear disaster, the IAEA trying to create a narrative that minimizes the health and environmental impacts of Fukushima, while emphasising that lessons are being learned, including in making nuclear safety regulation more effective.

In short, the IAEA is moving to protect the nuclear industry instead of the people whose lives have been destroyed by the Fukushima disaster and those who may be affected by future nuclear accidents.

This is not a surprise, a central role of the IAEA is to promote the global expansion of nuclear power. The fact that all commercial nuclear reactors in Japan – 43 in total – remain shutdown is a direct challenge to the IAEA’s mission. That is the context in which the IAEA report must be seen.

After four years, the disaster in Fukushima is still unfolding and will take many decades to address. If the work to clean up the massive damage done is to be carried out effectively and future accidents avoided as much as possible, the IAEA must demonstrate that it can change the way it operates and quickly.

The IAEA at present serves only the interests of the nuclear industry and its drive for profit at the expense of the people who have pay the ultimate price for nuclear power’s failures.

Greenpeace is calling on Mr Amano and the IAEA to suspend their consideration of the report’s findings. An open and transparent process must be established that considers the views of the people of Japan, as well as independent scientists. We stand ready to meet with representatives of the IAEA to discuss our serious concerns.

Justin McKeating is a nuclear blogger for Greenpeace International, based in the UK.