11 Jun 2015 – Hawaii enacted a law this week, which mandates that all of the state’s electricity come from renewable sources no later than 2045. The bill makes Hawaii the first U.S. state to adopt such a standard. This renewable energy standard is being hailed as “the most aggressive clean energy goal in the country.”

Hawaii just set a goal of generating 100 percent of its electricity from renewable resources: http://t.co/CMcQu38tqg #SwitchToClean

“Hawaii is making history, not only for the islands, but for the planet,” said Jeff Mikulina, executive director of the Blue Planet Foundation. “We are making a promise to future generations that their lives will be powered not by climate-changing fossil fuel, but by clean, local and sustainable sources of energy.” 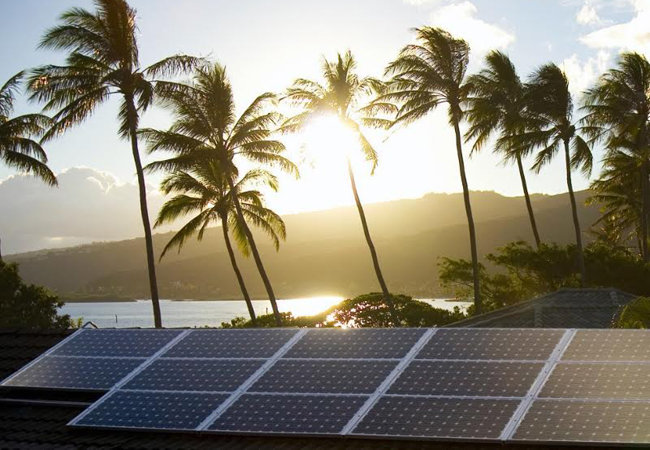 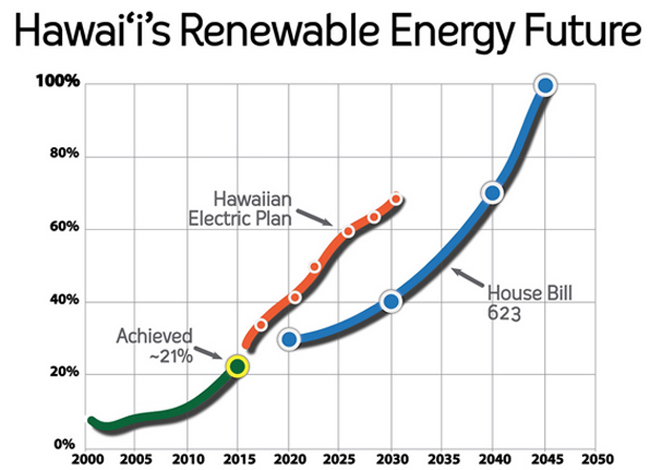 Hawaii’s renewable energy use has doubled in the past five years. Photo credit: Blue Planet Foundation

To make sure the Aloha state stays on track to meet its requirement, the bill has an interim requirement of at least 30 percent renewable electricity by 2020 and 70 percent by 2040. If Hawaii utilities fail to reach that target, it could cost them two cents for each kilowatt hour of excess fossil fuel electricity, according to Blue Planet Foundation.

“This week we put an expiration date on fossil fuel use,” said Henk Rogers, president of Blue Planet Foundation. “Hawaii is sending a signal to the world that 100 percent renewable energy isn’t just a vision, it’s a commitment.”