9 Jun 2015 – The Turkish general election on June 7th ended more or less as the polls predicted. The only small surprise was that the Kurdish Party (HDP) ended with 13% of the vote rather than either falling just below or above the 10% threshold needed for parliamentary participation. By clearing the 10% hurdle, the HDP denies the winner, Erdoğan Justice and Development Party (AKP), the majority required to form a new government. This means either a coalition, currently deemed unlikely and even undesirable, or a minority government with a new set of general elections scheduled in coming months.

The spinning of the Turkish election results in the West is rather malicious. It seems designed to generate two kinds of reactions: first, that the outcome was a personal defeat for Erdoğan and the AKP; and secondly, that now Turkey faces a period of instability and uncertainty, an atmosphere supposedly confirmed by a drop in the Turkish stock market and currency value. Such assessments, although not totally wrong, are misleading in dangerous and possibly self-fulfilling ways if taken by the Turkish opposition and the world as the real meaning of what took place. It is disturbingly reminiscent of the effort of the opposition in Egypt to discredit the Morsi presidency as soon as he was elected in mid-2012, generating a crisis of legitimacy despite his electoral victory, setting the stage for a populist revolt and the Sisi-led coup a year later. This undermining of electoral results is one of the most dangerous games being played by certain elements in the United States and the Middle East, and could lead the way to yet another regional disaster.

I believe what is most important about the Turkish elections is their affirmation of the growing strength and poise of Turkish democracy. If ever there existed a temptation to manipulate the vote so as to keep the HDP below the 10% margin, it was in this election as it would have enabled the AKP to have the majority in the Turkish Grand National Assembly so as to form a new government on its own and later have the parliament mandate a referendum on the shift to a presidential system in which the governing party would be quite sure to prevail. The fact that enough voters, especially among young and progressive Turkish citizens voted for the HDP, exhibited a healthy resistance to the perceived efforts to consolidate power further in Ankara, especially in the person of Erdoğan.

When the Conservatives in Britain won 36% of the vote to 30% for Labour the media called it a landslide, and a decisive vindication of Tory policies. In Turkey, although slipping 6% points (and losing 2.5 million votes compared to 2011), the AKP still prevailed in the election by more than 15%, winning 41.8% of the popular vote, with its closest competitor being the old Ataturk party, the CHP, winning only 25%. It might be well to recall that in 2002 the AKP formed the government although winning only 34% of the overall vote, gathering its majority because 45% of the total ballots were cast for parties that fell below 10% , resulting in their transfer mainly to the AKP.

The fact that HDP will now have 79 members in Parliament despite being an overtly Kurdish party is a further healthy development that might make a long overdue reconciliation more attainable. Also notable was the election of 97 women to parliarment along with four Christians, the first Roma ever, and a member of the Yazidi community. Such increased diversification refutes in a very vivid manner the contention that the AKP leadership was gradually turning Turkey into an Islamic republic, a so-called ‘second Iran.’

What is so striking about the world media reactions is their failure to note these encouraging developments, or to take balanced account of the dignified acceptance of the public will exhibited by the existing Turkish leadership. The AKP Chairman and Prime Minister Ahmet Davutoğlu, said simply “This nation’s decision is the best decision,” indicating respect for the outcome. So far, as well, Erdoğan has in no way challenged the vote that was certainly, in part, a defeat for his insistence that the ‘New Turkey’ would be more successful if it shifted to a presidential system. He has not lived up to the Putinesque persona that his detractors have long insisted upon.

The other failure of world perception has to do with some attention to some other contextual explanations for some decline in AKP popularity. In the background, is the fact of holding the reins of government in Turkey ever since their surprise victory in 2002, reaffirmed with increasing margins in 2007 and 2011 general elections. It is always a sign of a healthy democracy when a portion of the voters indicate their belief that ‘it time for a change.’ There is truth in the adage that ‘power corrupts,’ and a shift of leadership to a responsible opposition can be a revitalizing development for a country. Unfortunately, a persisting weakness in the Turkish political firmament is the absence of a credible alternative to the AKP. The opposition parties lack leaders of suitable stature or any kind of alternative program that commands widespread support. In this sense, I would suppose that there would have been a larger defection from the AKP in this election if a viable alternative did exist. Why there is no such alternative is something that constructive critics of the AKP should be devoting their attention to rather than giving their energies over to incessant and mean-spirited attacks.

There are additional explanations of some loss of voter support by the AKP. Above all, the weakening of the economy, with growth falling to 3% of GNP, or possibly a bit lower, and unemployment rising to 11%. Such a decline in economic performance is a product of many factors, but it certainly disappointed the expectations of many Turks struggling to get along on a day-to-day basis. Also, important is the deep cleavage that developed with the Hizmet Movement led by Fetullah Gulen, whose followers supposedly shifted votes in this election to the CHP and MHP. And finally, the lingering bad taste associated with the government’s excessive use of force in response to the Gezi Park demonstrations of 2013 apparently led many on the left and among the young to vote for the HDP, and may have given this Kurdish party the support it needed to qualify for parliamentary representation and thereby change the political climate in the country. 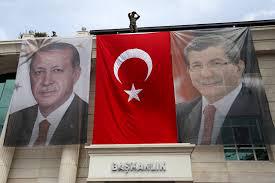 There are also understandable dissatisfactions in Turkey about Ankara’s Syria policy, which has resulted in both a huge influx of refugees, numbering about 1.5 million, and controversial tactics in lending some support to extremist anti-Assad forces. It is always easy to second-guess what to do in situations of a severe humanitarian/political crisis, and no governmental actor has emerged with a positive reputation in this post-Arab Spring period. Although the Turkish government seems to have made miscalculations, especially underestimating the strength and resilience of the Assad regime, it has more than most regional or global actors pursued a principled position throughout. It has supported democratizing movements, and opposed efforts to restore authoritarianism or to use governmental violence against peaceful demonstrators as in Syria and Egypt.

The election results are very new. What will ensue is not yet at all clear. It is a moment for all sides to show leadership and composure, and most of all, Erdoğan and Davutoğlu. Erdoğan, in particular, has been given a rare opportunity to turn electoral defeat into political victory. All he has to do is make a statesmanlike speech, acknowledging the setback for his vision of Turkey’s future but displaying his respect and admiration for the democratic process, and his commitment to maintaining Turkish political stability and working toward economic revival. It would be an opportunity for Erdoğan to put to rest among all except his most ardent enemies, the contention that he is an aspiring autocrat in the Putin mold. In the immediate aftermath of the elections, Erdoğan has so far taken the high road, but without making his response fully evident. At least, he does not lament defeat, but rather acknowledges the will of the electorate expressed by a vote in which 84% of eligible voters took part, and calls on all parties to evaluate the results “healthily and realistically,” adding that “the esteem of our nation is above all else.” Instead of berating the opposition, Erdoğan praised the turnout as exhibiting “the precious nation’s determination for democracy and for reflecting its will at the ballot box.” There was no bombast or recriminations that has sometimes in the past marred Erdoğan’s performance as a leader. It is too early to be sure that this benign mood will persist, but these early signs are hopeful.

For Davutoğlu the opportunity presented to him is more complex, but still very present. It is his moment to show firm leadership and demonstrate his dedication to a smoothe transition in the interest of the whole country. Without distancing himself from Erdoğan, Davutoğlu can demonstrate that he is quite capable of leading the country, and sensitive to the benefits of parliamentary democracy. Davutoğlu could emerge as a co-leader with Erdoğan that would not only restore confidence in AKP’s competence and underlying commitment to secular democracy, but would show to the Middle East that non-autocratic rule true to a nation’s history and character is possible. Of course, it is also a moment to move forward with the Kurdish peace and reconciliation process and to improve the human rights record of the government, especially showing a greater capacity to respect criticism from the media and political dissenters.

Despite the turbulence of the region, the economic troubles of neighbors in the Middle East and Europe, Turkey has enjoyed a period of extraordinary success during these years of AKP governance. The economy tripled in size, the militarized deep state has been dismantled, and overall democracy has been strengthened and diversified in relation to gender and ethnicity. Beyond these national gains, the regional and global standing of Turkey increased dramatically. Perhaps, more than any country, Turkey in this AKP period showed the world that it is possible to pursue an independent line in foreign policy and yet maintain continuity with its most enduring alignments. It is easy to overlook such notable achievements, especially given the polarizing passions of the anti-Erdoğan opposition.

It may also be a time for bringing back the steady hand of Abdullah Gul to the governing process. It would be a further sign of the ability of the AKP to learn from its mistakes, and to provide Turkey with the best possible leadership.

In my view, persons of good will throughout the world and in Turkey, should now breathe a sigh of relief, being glad that the AKP plan to establish a presidential Turkey has been put back on the shelf and yet relieved that the AKP was again supported by a significant plurality of Turkish citizens in an impressively free and fair electoral process.