An Experiment in Love: Martin Luther King, Jr. on the Six Pillars of Nonviolent Resistance and the Ancient Greek Notion of ‘Agape’ 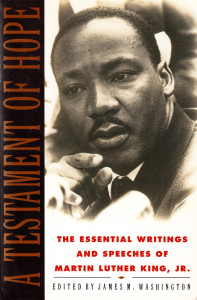 “Along the way of life, someone must have sense enough and morality enough to cut off the chain of hate. This can only be done by projecting the ethic of love to the center of our lives.”

Although Dr. Martin Luther King, Jr. used Christian social ethics and the New Testament concept of “love” heavily in his writings and speeches, he was as influenced by Eastern spiritual traditions, Gandhi’s political writings, Buddhism’s notion of the interconnectedness of all beings, and Ancient Greek philosophy. His enduring ethos, at its core, is nonreligious — rather, it champions a set of moral, spiritual, and civic responsibilities that fortify our humanity, individually and collectively.

Nowhere does he transmute spiritual ideas from various traditions into secular principles more masterfully than in his extraordinary 1958 essay “An Experiment in Love,” in which he examines the six essential principles of his philosophy of nonviolence, debunks popular misconceptions about it, and considers how these basic tenets can be used in guiding any successful movement of nonviolent resistance. Penned five years before his famous Letter from Birmingham City Jail and exactly a decade before his assassination, the essay was eventually included in the indispensable A Testament of Hope: The Essential Writings and Speeches of Martin Luther King, Jr. (public library) — required reading for every human being with a clicking mind and a ticking heart.

In the first of the six basic philosophies, Dr. King addresses the tendency to mistake nonviolence for passivity, pointing out that it is a form not of cowardice but of courage:

It must be emphasized that nonviolent resistance is not a method for cowards; it does resist. If one uses this method because he is afraid or merely because he lacks the instruments of violence, he is not truly nonviolent. This is why Gandhi often said that if cowardice is the only alternative to violence, it is better to fight… The way of nonviolent resistance … is ultimately the way of the strong man. It is not a method of stagnant passivity… For while the nonviolent resister is passive in the sense that he is not physically aggressive toward his opponent, his mind and his emotions are always active, constantly seeking to persuade his opponent that he is wrong. The method is passive physically but strongly active spiritually. It is not passive non-resistance to evil, it is active nonviolent resistance to evil.

He turns to the second tenet of nonviolence:

Nonviolence … does not seek to defeat or humiliate the opponent, but to win his friendship and understanding. The nonviolent resister must often express his protest through noncooperatoin or boycotts, but he realizes that these are not ends themselves; they are merely means to awaken a sense of moral shame in the opponent. The end is redemption and reconciliation. The aftermath of nonviolence is the creation of the beloved community, while the aftermath of violence is tragic bitterness. 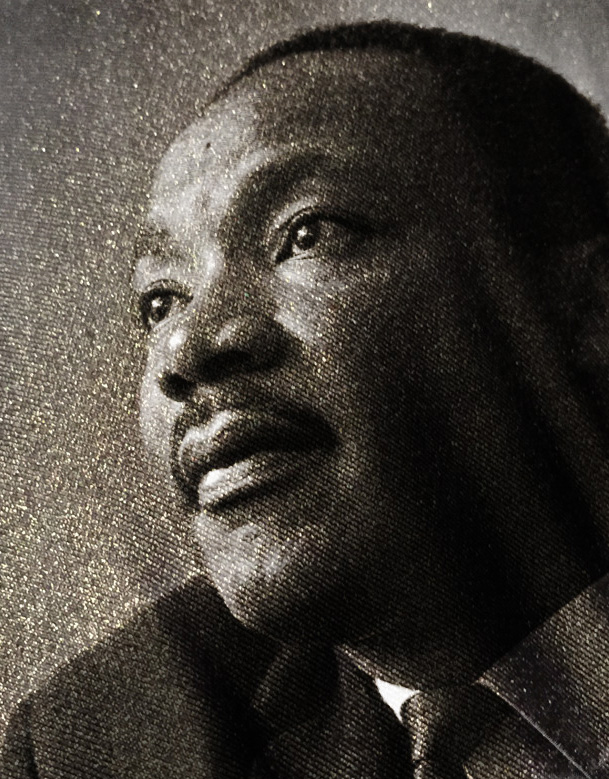 In considering the third characteristic of nonviolence, Dr. King appeals to the conscientious recognition that those who perpetrate violence are often victims themselves:

The attack is directed against forces of evil rather than against persons who happen to be doing the evil. It is the evil that the nonviolent resister seeks to defeat, not the persons victimized by the evil. If he is opposing racial injustice, the nonviolent resister has the vision to see that the basic tension is not between the races… The tension is, at bottom, between justice and injustice, between the forces of light and the forces of darkness…. We are out to defeat injustice and not white persons who may be unjust.

Out of this recognition flows the fourth tenet:

Nonviolent resistance [requires] a willingness to accept suffering without retaliation, to accept blows from the opponent without striking back… The nonviolent resister is willing to accept violence if necessary, but never to inflict it. He does not seek to dodge jail. If going to jail is necessary, he enters it “as a bridegroom enters the bride’s chamber.”

That, in fact, is precisely how Dr. King himself entered jail five years later. To those skeptical of the value of turning the other cheek, he offers:

The fifth basic philosophy turns the fourth inward and arrives at the most central point of the essay — the noblest use of what we call “love”:

Nonviolent resistance … avoids not only external physical violence but also internal violence of spirit. The nonviolent resister not only refuses to shoot his opponent but he also refuses to hate him. At the center of nonviolence stands the principle of love. The nonviolent resister would contend that in the struggle for human dignity, the oppressed people of the world must not succumb to the temptation of becoming bitter or indulging in hate campaigns. To retaliate in kind would do nothing but intensify the existence of hate in the universe. Along the way of life, someone must have sense enough and morality enough to cut off the chain of hate. This can only be done by projecting the ethic of love to the center of our lives.

Here, Dr. King turns to Ancient Greek philosophy, pointing out that the love he speaks of is not the sentimental or affectionate kind — “it would be nonsense to urge men to love their oppressors in an affectionate sense,” he readily acknowledges — but love in the sense of understanding and redemptive goodwill. The Greeks called this agape — a love distinctly different from the eros, reserved for our lovers, or philia, with which we love our friends and family. Dr. King explains:

Agape means understanding, redeeming good will for all men. It is an overflowing love which is purely spontaneous, unmotivated, groundless, and creative. It is not set in motion by any quality or function of its object… Agape is disinterested love. It is a love in which the individual seeks not his own good, but the good of his neighbor. Agape does not begin by discriminating between worthy and unworthy people, or any qualities people possess. It begins by loving others for their sakes. It is an entirely “neighbor-regarding concern for others,” which discovers the neighbor in every man it meets. Therefore, agape makes no distinction between friends and enemy; it is directed toward both. If one loves an individual merely on account of his friendliness, he loves him for the sake of the benefits to be gained from the friendship, rather than for the friend’s own sake. Consequently, the best way to assure oneself that love is disinterested is to have love for the enemy-neighbor from whom you can expect no good in return, but only hostility and persecution.

This notion is nearly identical to one of Buddhism’s four brahmaviharas, or divine attitudes — the concept of Metta, often translated as lovingkindness or benevolence. The parallel speaks not only to Dr. King’s extraordinarily diverse intellectual toolkit of influences and inspirations — a high form of combinatorial creativity necessary for any meaningful contribution to humanity’s common record — but also to the core commonalities between the world’s major spiritual and philosophical traditions.

In a sentiment that Margaret Mead and James Baldwin would echo twelve years later in their spectacular conversation on race — “In any oppressive situation both groups suffer, the oppressors and the oppressed,” Mead observed, asserting that the oppressors suffer morally with the recognition of what they’re committing, which Baldwin noted is “a worse kind of suffering” — Dr. King adds:

Another basic point about agape is that it springs from the need of the other person — his need for belonging to the best in the human family… Since the white man’s personality is greatly distorted by segregation, and his soul is greatly scarred, he needs the love of the Negro. The Negro must love the white man, because the white man needs his love to remove his tensions, insecurities, and fears.

At the heart of agape, he argues, is the notion of forgiveness — something Mead and Baldwin also explored with great intellectual elegance. Dr. King writes:

Agape is not a weak, passive love. It is love in action… Agape is a willingness to go to any length to restore community… It is a willingness to forgive, not seven times, but seventy times seven to restore community…. If I respond to hate with a reciprocal hate I do nothing but intensify the cleavage in broken community. I can only close the gap in broken community by meeting hate with love.

With this, he turns to the sixth and final principle of nonviolence as a force of justice, undergirded by the nonreligious form of spirituality that Dani Shapiro elegantly termed “an animating presence” and Alan Lightman described as the transcendence of “this strange and shimmering world.” Dr. King writes:

Nonviolent resistance … is base don the conviction that the universe is on the side of justice. Consequently, the believer in nonviolence has deep faith in the future. This faith is another reason that the nonviolent resister can accept suffering without retaliation. For he knows that in his struggle for justice he has cosmic companionship. It is true that there are devout believers in nonviolence who find it difficult to believe in a personal God. But even these persons believe in the existence of some creative force that works for universal wholeness. Whether we call it an unconscious process, an impersonal Brahman, or a Personal Being of matchless power of infinite love, there is a creative force in this universe that works to bring the disconnected aspects of reality into a harmonious whole.

A Testament of Hope is an absolutely essential read in its totality. Complement it with Dr. King on the two types of law, Albert Einstein’s little-known correspondence with W.E.B. Du Bois on racial justice, and Tolstoy and Gandhi’s equally forgotten but immensely timely correspondence on why we hurt each other.

One Response to “An Experiment in Love: Martin Luther King, Jr. on the Six Pillars of Nonviolent Resistance and the Ancient Greek Notion of ‘Agape’”