When you define something as war, violence becomes the only means.

Despite talk of promoting “freedom and democracy,” U.S. military interventions have been going on for a very long time. Native Americans, the Nation of Hawaii, and a long list of other countries, especially since WWII, can speak to this. Today, the policies of Democrats and Republicans — of Clinton, Bush I, Bush 2, and Obama are all much the same – serve Wall St. and the corporate elite and declare WAR on anyone or anything that gets in the way! The war industry now rules. It has a life of its own and has spread to militarize domestic police forces and private security firms.

William J. Astore, a retired lieutenant colonel (USAF) says “War on drugs. War on poverty. War in Afghanistan. War in Iraq. War on terror. The biggest mistake in American policy, foreign and domestic, is looking at everything as war. When a war mentality takes over, it chooses the weapons and tactics for you.  It limits the terms of debate before you even begin. It answers questions before they’re even asked.

“When you define something as war, it dictates the use of the military (or militarized police forces, prisons, and other forms of coercion) as the primary instruments of policy.  Violence becomes the means of decision, total victory the goal.  Anyone who suggests otherwise is labeled a dreamer, an appeaser, or even a traitor.” 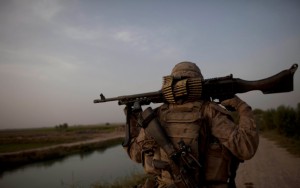 To read the full story by William J. Astore, see: America’s Got War – Poverty, Drugs, Afghanistan, Iraq, Terror, or How to Make War on Everything

We are seeing an increasing war on the homeless, and beware: Governor Ige has declared war (disguised of course) on the Mauna Kea Protectors. To deny toilet facilities at the Mauna Kea Visitors center to protectors and visitors is insulting and more… Stop TMT! Sacred Mauna over Money!