IMF Admits: We Failed to Realize the Damage Austerity Would Do to Greece

The International Monetary Fund admitted it had failed to realize the damage austerity would do to Greece as the Washington-based organization catalogued mistakes made during the bailout of the stricken eurozone country. 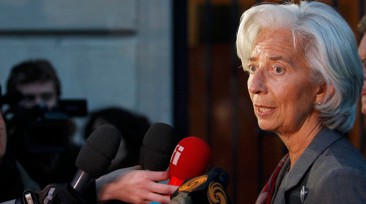 3 Responses to “IMF Admits: We Failed to Realize the Damage Austerity Would Do to Greece”