Breivik wanted to create conflict between Norwegians and immigrant communities, but his acts had the opposite effect. 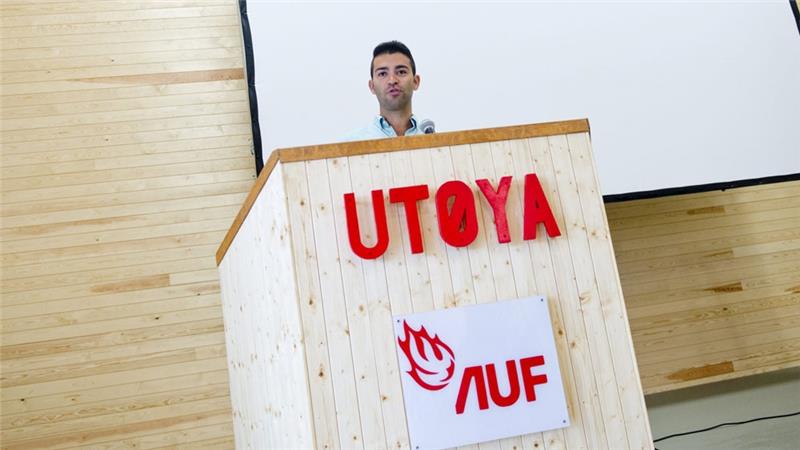 Wounds from the massacre still linger and reclaiming Utoya may be a more difficult task for Norwegian society than it appears, writes Borchgrevink [Reuters]

“We will reclaim Utoya,” said a pale-faced Eskil Pedersen, leader of the Workers’ Youth League (AUF), the youth organisation of the then ruling Norwegian Labour Party, in a press conference four years ago.

Pedersen had narrowly escaped death on the lake island of Utoya the day before, running past bodies to a boat that made it to the mainland and safety.

On Friday, July 22, 2011, after having attacked Oslo’s main government buildings with a fertiliser bomb, Anders Behring Breivik arrived on Utoya dressed as a policeman.

Armed with a pistol and a semi-automatic rifle, Breivik walked around the island, calmly killing AUF member, who were there for summer camp.

Bodies piled up as fleeing adolescents were trapped on the shores of the cold lake.

The entry wound of one of the victims was in the palate, indicating that the girl was screaming or begging for her life when Breivik pulled the trigger at close range, execution-style.

According to Breivik, he was looking for Pedersen and former Prime Minister Gro Harlem Brundtland. He wanted to cut her head off and post the execution video online in the manner of al-Qaeda.

Breivik killed 69 people on the island. A further eight were killed in the explosion, making a tally of 77 victims in a country where the annual homicide rate lies at around 30. The average age of the Utoya dead was 19.

The prime minister said that Norway would confront the attacks with “more openness and more democracy”, and his words resonated: Norwegians did not want Breivik to change their society.

Today the AUF and their new leader, Mani Hussaini, are returning to Utoya, after a four-year absence, in order “to reclaim” the island, and in a larger sense to announce the defeat of extremist attempts at undermining democracy and social cohesion in Norway.

However, wounds from the massacre still linger and reclaiming Utoya may be a more difficult task for Norwegian society than it appears.

Breivik is part of a Norwegian right-wing tradition for extremism stretching back to the collaborationist government of Vidkun Quisling at the time of the German occupation of Norway during World War II.

He copied a number of contemporary articles of the so-called counter-jihadi movement in his manifesto. He was intrigued by the Eurabia conspiracy theory, which holds that Europe is being colonised by Muslims with the tacit approval of the liberal elites.

These ideas have been confronted on many levels, and although anti-Muslim sentiments remain, (according to Norwegian daily Aftenposten, the Oslo police have registered 69 possible hate crimes in 2015 as of July 27, and some against Muslims) the right wing extremist movement in Norway seems to lack both leaders and organisation, and is not considered an important threat by the security police (PST).

However, conspiracy and hate speech continue online, and the tradition for right wing political violence could be revived.

Breivik wanted to create conflict between the ethnic Norwegian majority and the immigrant communities that account for 10-15 percent of the population, but his acts appear to have had the opposite effect.

According to the Central Bureau of Statistics (SSB), integration in Norway is mostly a success story, although unemployment and poor language skills are features of certain immigrant groups.

African immigrants have significantly lower employment rates than most other immigrant groups, for instance, partly because the group mainly consists of refugees and not skilled work migrants.

According to SSB, 77 percent of Norwegians believe immigrants are useful to the Norwegian job market, 69 percent believe they enrich the cultural life of Norway while 28 percent consider immigrants to be a source of insecurity.

The integration process has been lubricated by Norway’s oil-driven economic boom.

The extremist threat today is primarily connected with the rise of the Islamic State of Iraq and the Levant (ISIL). At least 60 Norwegians have travelled to Syria and Iraq to fight for the group.

While the Islamist phenomenon appears to be the opposite of Breivik’s Islamophobia, the different extremisms are ideologically similar in their violent rejection of modern Western societies.

Both are connected to social exclusion. Breivik’s idiosyncratic psychopathology, characterised by narcissism and lack of empathy, may have roots in child abuse and the attachment disorder psychiatrists observed in him when he was four years old.

There is no in-depth study of the background of ISIL fighters, but a 2014 report from the PST suggests that most of the extremist fighters do not have higher education or employment.

Some have criminal backgrounds and psychiatric records.

With few resources and links to Norwegian society, these mostly young men with immigrant backgrounds are vulnerable to online recruitment. The issue of social exclusion, and its various causes, however, has not been much discussed in Norway.

In response to an alleged terrorist threat, Norwegian police have been armed since the summer of 2014.

The police force was heavily criticised for its performance on Breivik’s day of mayhem in the official report from the July 22 Commission – some see the guns as an inadequate answer to Breivik.

In order to address the issue of radicalisation, wrote Utoya survivor Per Anders Langerod recently in Aftenposten, Norway needs to answer with more than guns and a new police helicopter.

“There should be a new 22 July Commission for childhood, adolescence and social exclusion,” concluded Langerod, “which assesses and recommends the concrete steps that society needs to take in order to prevent social alienation, exclusion, and child abuse”.

Aage Borchgrevink is a journalist and writer of fiction and non-fiction. His controversial, critically acclaimed and award-winning 2012 book, A Norwegian Tragedy: Anders Behring Breivik and the Massacre on Utoya was published in English by Polity Press in 2013.